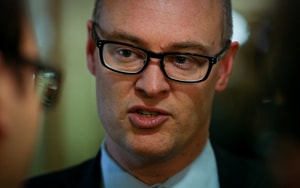 A system in crisis?

This week the Labour Associate Health spokesperson David Clark released figures that show that the number of people accessing help for their mental health problems via Hospital Emergency Departments is on the increase.  Does this mean that our Mental Health System is struggling, as he would suggest?  Mark Sainsbury and I talked about this and try and see through the spin, on Radio Live Sunday Morning this week.  (Click here to listen to the interview)

So what were the numbers?

“Figures obtained by the party under the Official Information Act, showed that across nine District Health Boards (DHBs), patients needing emergency support for mental health issues has increased.
Waitemata DHB, New Zealand’s largest, had seen an increase in the June month of more than 77 patients, since 2011.
While Waikato had risen from 333 in June of 2012, to 663 for the same month in 2015. Auckland, Bay of Plenty and Lakes DHBs had seen small increases of between seven and 15 patients. ”  (Click here for the whole article)

This does tend to suggest that people are struggling to access services, and as a result are turning up in crisis at the only part of the health system that sees people 24 – 7: the Emergency Department.  This by itself of course does not prove there is a problem, but when we consider it alongside the increase in the suicide rate as reported a couple of weeks ago, namely a jump from 564  in the year to June, up from 529 last year, or a “rate” increase from 11.73 for every 100,000 people in the year to June last year to 12.27 per 100,000 people.

What’s also of note is the fact that the last time the rate was that high was during the 1990’s, a time of high unemployment, economic reforms and decreased government spending.

Of course the current government points out that they are in fact increasing government spending in health, and mental health.  This is of course true, but as has been pointed out in a number of analyses by people much smarter then me, the raw level of funding has been increased, but when you take into account population growth the real rate of spending on health has decreased…

“The party [Labour] asked Infometrics to use public sources to estimate the change in Core Crown health expenditure since the 2009-10 financial year and marry that up with inflation and demographic characteristics.
It found Core Crown health expenditure nominally increased from about $13.1b in 2009-10 to about $15.6b in this financial year.
It was $485m lower than the expenditure growth required to maintain 2009-10 funding levels, taking into account inflation and population growth. ”  (Click here for the whole article)

When you look at all these facts, along with the closing of Relationships Aotearoa, the tightening up of funding for “NGOs” (Non-Governmental Agencies) and the growing difficulties and animosity being reported when people access income support, it’s little wonder there are more people in crisis, with no where to go for help.

In my view any plan this government is proposing to implement is starting to look like too little, too late.