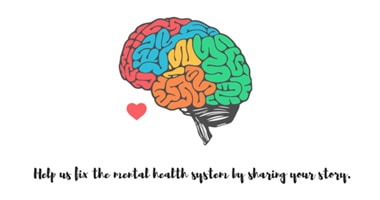 This week the Acute Mental Health ward for Auckland’s North Shore, He Puna Waiora, has been forced to close eight beds, at a time when demand for mental health services is reaching record levels.

In what has been called the “Tip of the Iceberg” by the Public Service Association, the closures came about due to an inability to staff the ward, and concerns about staff and patients safety. Already we are also hearing that the Auckland Acute ward has 18 staff vacancies, and the Community Acute Services, essentially the service that deals with clients in crisis but cared for in the community, has also been closed

The People’s Review also understands there are similar staff shortages in South Auckland, and in other areas around New Zealand such as Wellington, and the West Coast of the South Island.

“We are now no longer talking about a system that is under pressure, but a service that is broken” says Kyle MacDonald, psychotherapist and People’s Review spokesperson. “We have known of these problems for some time, it is one of the situations that prompted the initiation of this review. And while I’m pleased these stories are now being made public, we have to be clear about what this means: our Acute Mental Health services are in crisis, and this will ultimately cost lives.”

The situation is dire, with funding shortages leading to lower than optimal staffing levels, and that has lead many staff to burn out after being required to work double shifts on an ongoing basis just to keep services open.

“The Ministry of Health needs to stop telling us about their increased spending on Mental Health, people are not interested in numbers when people’s lives are at stake.” says MacDonald. “This situation requires urgent action to ensure continuity of services, and also serves to further highlight the need for a National Review of Mental Health Services in New Zealand.”