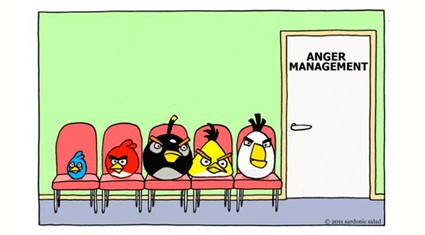 I’ve often thought anger gets bad press.  It ‘s the emotion that “makes” people do the worst things.  “Anger management” is a misnomer, it should be “behaviour management” as anger isn’t the problem, aggression is.  But what’s the difference?  Tony and I talked about the difference this week on Radio Live.  (Click here for the audio of the interview).

Our emotions exist to organize and motivate behaviour.  Anger is no exception.  And the more intense the emotion the more strongly it will tend to want to move us towards certain behaviours, for example aggression or attack behaviours.  The question is, what is the best way to not do what our emotions tend to motivate us to do?

Traditional models of “anger management” have tended towards helping people change what they believe about the world, relationships and themselves as a way to decrease the likelihood anger will overcome people.  Often however this can lead people to try and block or suppress anger and this just  tends to increase the intensity of emotions, and cause other problems…

>Almost all anger management strategies tend to advise “time out” or getting away from the situation that is frustrating you.  But that isn’t always possible or we remember to late.  Anger tends to make us want to go towards what is upsetting us, so taking a time out is really hard once we’re upset.

I also often hear the idea that with anger we just need to “get it out”.  That has some downsides too, because when you think about it, “getting it out” actually just means practicing aggressive behaviour when feeling angry.

So what to do instead?  Well anger usually arises because we’re blocked in attaining a goal or objective that matters to us (think about “road rage” or traffic jams) or because something or someone has caused us pain (think about the last time you stubbed your toe on a piece of furniture).

Mindfulness and especially compassionate approaches enable us generally to slow down and increase our ability to just observe our feelings without acting, a particularly good idea for anger.  But close compassionate observation of anger also allows us to see what other feelings might be there.

That might mean acknowledging hurt or accepting frustration.  And that’s the paradox that I keep  talking about.  Only when we engage and feel our emotions, do we have the ability to truly manage ourselves.  Anger engagement, not anger management.