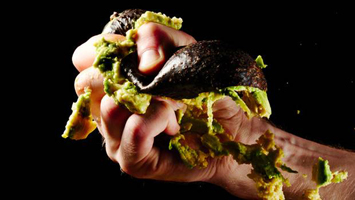 Are you tired of people being ‘outraged’?

More and more recently I’ve been feeling like I have outrage fatigue.

There’s just no shortage of things to be outraged about. From the trivial: the price of avocados, to the local: Housing New Zealand and meth testing, to the International: the internment of children at America’s southern border.

In fact, the more I read and engage with the news I can’t escape the feeling I’m not outraged enough, or about enough things.

Perhaps I care too much, but it’s exhausting, and increasingly feels futile. I’ve always been a fan of American late night shows. Jon Stewart remains my favourite although John Oliver comes a close second, but recently watching very smart, very funny comedians turn the horror of world events into news-tainment left me cold.

Has it become just entertainment – albeit in a horror movie kind of way?

In depression it is hopelessness that is the enemy. A common sign of depression is the inability to get constructively angry. Not aggressive or violent, but helpful, healthy anger that is in service of our protection – the protection of what we hold dear, or helping us reach goals that are being thwarted.

But when we struggle to stand up for ourselves, that anger can “turn towards the self” – as the psychobabble goes – anger turns into self attack, and as depression takes hold outrage morphs into a sense of despair and helplessness.

It wears you down, staring into the abyss day after day. It can be hard. It can feel almost impossible to rally yourself to act: to shake off the despair and act on your own behalf despite the way you feel.

The problem with depression is not knowing where to start, and feeling that small actions would be futile.

And what I say to people struggling to work their way out of depression, applies to those of us right now, outraged and despairing about the state of the world.

Do something. Do anything. But don’t do nothing, because then the despair wins.

The good news is, it’s a win – win. If enough people do take action, then things can change. And in the short term, doing something helps us, at an individual level, feel better.

Despairing about the unfolding child imprisonment crisis in the USA? Support Amnesty International, or give money to a charity supporting children suffering here at home. Join Facebook groups, and go on marches. Sign petitions, write letters to your MP and annoy your friends and relatives.

Do something. Take action. Because I might be tired, but I haven’t lost hope. I believe good people can make a difference, but only if we use our outrage as fuel, rather than drowning in it.

And if someone responsible for tearing children from their parents, and locking them in cages tries to order a meal in your restaurant, by all means throw them out. I would.

The Nutters Club: Seventy years of Alcoholics Anonymous in NZ

The Nutters Club: What makes our blood boil?