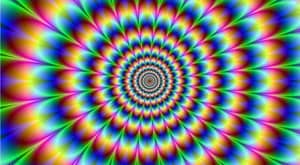 LSD (lysergic acid diethylamide) has long been associated with the idea that it can “make” people psychotic, and cause other severe mental health problems.  However recent research has questioned this long held idea, and Mark and I discussed it’s findings on Radio Live this Sunday morning.  (Click here to hear the interview)*Correction: In the interview I stated that the chemist who invented “LSD” was Austrian.  The late Albert Hoffman was, of course, Swiss.

“… that individuals in this group were not at increased risk of developing 11 indicators of mental-health problems such as schizophrenia, psychosis, depression, anxiety disorders and suicide attempts.”  (Click here for the whole article)

While these results will come as a shock to some, we have to be clear about what they say and don’t say.  Firstly, they don’t say that psychedelics are harmless, far from it.  However they don’t lend any weight to the idea that psychedelic drugs “cause” psychosis, because if that was the case we would expect to see higher levels of mental health problems in the “psychedelic using” group.

The realistic view of these results is it highlights a confusion of causation and correlation: that people tend to first use psychedelic drugs in their late teens and early twenties, an age when mental health problems often first start to show up.  It’s also true that people often experience psychedelic drugs as extremely powerful and memorable, and as such a re more likely to attribute subsequent difficulties to its impact.  However this data suggests it’s much more likely that these drugs are a trigger for a small minority, but not the “cause.”

However, a further recent study shows an even more interesting result…

“The second of the new two studies, also published in the Journal of Psychopharmacology, looked at 190,000 NSDUH respondents from 2008 to 2012. It also found that the classic psychedelics were not associated with adverse mental-health outcomes. In addition, it found that people who had used LSD and psilocybin had lower lifetime rates of suicidal thoughts and attempts.”  (Click here for the whole article)

This finding makes more sense when we consider recent studies that show psychedelics, psilocybin in particular, has real promise as a treatment for existential distress in terminally ill cancer patients, and is also being trialed as a treatment for alcohol addiction.

“Cancer patients receiving just a single dose of psilocybin experienced immediate and dramatic reductions in anxiety and depression, improvements that were sustained for at least six months.  “I thought the first ten or twenty people were plants—that they must be faking it,” Ross told me. “They were saying things like ‘I understand love is the most powerful force on the planet,’ or ‘I had an encounter with my cancer, this black cloud of smoke.’ People who had been palpably scared of death—they lost their fear. The fact that a drug given once can have such an effect for so long is an unprecedented finding. We have never had anything like it in the psychiatric field.”  (Click here for an excellent and deatiled history of psychedelic therapy from “The New Yorker”).

What’s exciting is that this research is happening, after many decades of being shut down by the laws assocaited with the “drug war”.  Under the drug laws in the United States of America, which New Zealand and much of the Western World take it’s lead, LSD and other psychedelics are classified as “Schedule I” meaning:

When it comes to psychedelics, it is clearly not the case that there is no accepted medical use, and that while recreational abuse may have been controlled by these laws, valuable research has been shut down and a powerful palliative and transformational treatment has potentially been denied to many countless thousands.

The word psychedelic means “mind manifesting.”  Hopefully the powers that be can also keep their minds open because our ability as a species to ease peoples pain in the last stages of life is limited, but perhaps our ability to help people find meaning in their pain is in fact limitless.

“LSD is a psychedelic drug which occasionally causes psychotic behavior in people who have NOT taken it.”
― Timothy Leary