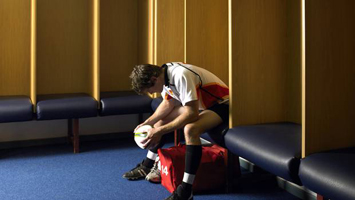 The big issue with rugby everybody ignores

I have to admit to having always been a rugby tragic. I even keep paying good money to watch the Blues play year after year.

I’m old enough to be slightly bemused by wearing jandals and shorts to their first home game each year, as I will be this Friday.

I also remember having a mild existential crisis when I realised the entire All Black squad was younger than me. Some part of you realises (albeit irrationally) that dream is now finally and irrevocably gone.

But recently I’ve been feeling even older, as I look at these wonderful athletes and marvel at how young they are and how much the game, our culture, and times have changed.

Sadly, I don’t remember quite a few of the games at the pinnacle of my own very mediocre rugby career. I got hit in the head accidentally and deliberately more times than I can count. Unless you were actually knocked out, at all levels of the game, you played on – in fact, it was a badge of honour to do so.

It’s not just your brain that is at risk these days, as a professional rugby player you are now at risk of developing eating issues, and appearance and weight concerns that look an awful lot like an eating disorder.

Research conducted by the University of Otago, found that a number of younger players in particular were starting to show negative attitudes towards their bodies’ appearance, under-eating, binging and making themselves sick to manage their weight.

In the last few years Wallabies player David Pocock and international Referee Nigel Owens spoke publicly about their own struggle with eating disorders.

Increased pressure as an athlete to look good, the pressures of social media and the intense publicity of the modern game were cited as factors.

And at the other end of a players career, the cumulative effect of head injuries can put the retired player at significantly higher risk of depression, and even suicide.

In the US, research into the brains of NFL players show a shocking 99 per cent of players show signs of neurodegenerative disease, and while there is still some debate about how prevalent it is, there have been a number of high-profile suicides linked to this brain damage.

All of this can be a bit conflicting for a rugby tragic, who is also concerned about mental and brain health.

For this reason, I applaud the new head injury assessment rules, but I also think that we could be kinder to players. Yes they get paid, and yes it is our national obsession. But as players get younger and younger and pressures, with public exposure gets greater, perhaps we should cut them a bit of slack.

We increasingly implore parents to be kind and supportive on the sidelines, why not for those players that are just a few years younger? Believe me, even as a Blues fan, I’m happy to set myself this task. “Play the ball, not the man” as the saying goes.

Because it might be a wonderful game, it might even be the game they play in heaven, but no game is worth dying for.

Nutters Club: Mike King and I am Hope