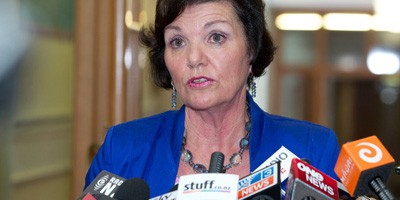 A well-recognized dynamic in relationships where violence and abuse happens is that the person doing the abusing blames the victim. It’s a vicious cycle, to feel putdown dis-empowered humiliated and then further attacked when you show emotions and express distress about what is happening to you.

Yesterday the Minister for Social Development, Hon. Anne Tolley, expressed concern about the financial management of Relationships Aotearoa in a way that implied that the current financial difficulties were due to their own ineptitude.

This is an agency that since 2012 has had $4.8 million cut off by this National Government, and despite this has managed to continue providing low-cost high quality counselling services to New Zealander’s.

Relationships Aotearoa, previously known as Relationship Services, and prior to that Marriage Guidance, has a long history in our country. Initially set up almost 60 years ago to provide support and counselling to men returning from the Second World War to their wives and families, it has offered counselling and support to couples, families and children since that time.

In 2014 relationship services as it was then known, lost its largest funding stream.  The Family Court provision for free couples counselling was cancelled by the National government under the watch of then Minister Judith Collins.  Arguably this was the beginning of the end for Relationships Aotearoa.  At the time this was protested by many in the health sector and has proved a huge loss to our country.  This was a service that enabled any couple in New Zealand experiencing relationship problems to access six sessions of free counselling to assist them to resolve their relationship difficulties and hopefully avoid separation and further conflict.

So how do we understand the Minister coming out yesterday and stating that Relationships Aotearoa’s poor financial performance is due to being badly run, and furthermore that a mysterious “leak” of private information, critical of the board and the organizations management, be leaked to the press while top managers from Relationships Aotearoa are meeting in good faith with the Minister?

Well frankly it’s not only blaming the victim but stabbing them in the back.

And let’s be clear about how much money we’re talking about.  Despite a $4.8 million cut in Government funding since 2012, Relationships Aotearoa’s budget deficit last year?