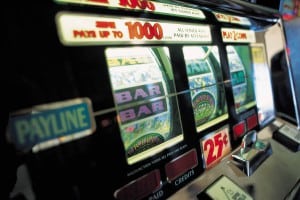 Once more New Zealander’s access to counselling has been limited by funding cuts, this time in the area of free help for problem gamblers.  Yesterdays announcement that the Problem Gambling Foundation, or “PGF” would not have it’s contract renewed this year has shocked those in the sector, and raised questions of political interference.

The Problem Gambling Foundation has a role in prevention and advocacy, and as such has been an outspoken critic of the National led government’s decision to increase the number of poker machines operated by Sky City, in Auckland as part of the convention centre “deal”.

“The questions of political interference are concerning, but from a treatment point of view this will severely limit the access to funded help for those struggling with gambling addictions, and their Whanau” says psychotherapist and NZAP spokesperson Kyle MacDonald.  “This decision makes little sense to anyone in the sector: the PGF has been a leader in providing skilled clinical help, as well as research and conferences for those working in the gambling addiction field.”

Throughout the last three years of this National Government’s term funding for relationship counselling has been cut, and this decision represents another restriction to the funding of professional psychotherapy services.

At the very least this process has been handled poorly, with the other largest Gambling counselling provider, the Salvation Army, announcing today they were “unaware” of the fact that they had now been awarded the majority of funding of providing gambling help.

“If this decision was driven by a desire to punish a health organization for being critical of governments decisions around gambling licences, the only people who will actually be punished by this is the thousands of individuals, families and children whose lives are torn apart every day in this country by gambling addiction”.