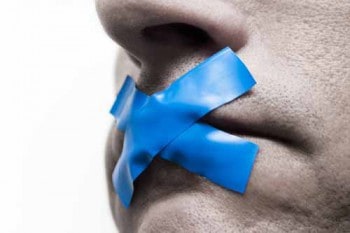 This piece appeared in the Sunday Star Times, Sunday the 2nd March, 2014.  Click here for the original article.

OPINION: In the week following the death of Charlotte Dawson, it seems everyone’s been talking about suicide.

Which is interesting, because the default position here in New Zealand, thanks to a coroner’s ruling in 2006, has largely been that we don’t talk about suicide in the public sphere for fear of triggering “copycat” deaths.

What’s also been surprising to me is how some very smart people have said and written some really dumb things about suicide and depression.

Commentators have pointed the blame for Dawson’s death at her childhood, adoption, sexual abuse, her fame, her age, social media bullying and her treatment by the media.

But people don’t kill themselves just because they get bullied, have been abused, are losing their home or their work.

And they certainly don’t kill themselves because they’re losing their looks, or because of the weight of the feminine beauty ideal bearing down on their shoulders.

Ultimately we will never know exactly why Dawson killed herself. But I’ve spent most of my working life talking to people who are actively suicidal, have tried to kill themselves or chronically feel that way.

The only consistent reason that people want to kill themselves is they can no longer stand the intense mental anguish they feel, believe it will never feel different and feel there is no other solution.

Suicidal depression has many causes, often as unique as the individual.

Some of the things I listed above may be a factor, but there is no one fundamental cause of depression and it’s deadly outcome, a sense of hopelessness.

To go looking for the cause is understandable for those left behind, but ultimately futile.

When people are in the grip of these emotions, their perspective is distorted, they can see no future and no hope, they are not in their “right mind”.

That’s why we have special laws that enable us as a society to detain people and treat them against their will when they are suicidal, people who want to end their life can no longer make good choices for themselves.

The number of deaths in New Zealand last year due to suicide was 541. That’s more than 10 people per week and 200 more deaths than those killed on the roads annually.

Yet we struggle to talk about it.

Chief coroner Neil Maclean recognised that in 2012 when he said “suicide needed to be brought out of the shadows” and that we should be free to report on it and talk about it in the media.

Although there is some, albeit quite weak, evidence for a reporting ban, what is clear is that preventing the reporting of suicides has made absolutely no difference to the suicide rate.

And we can’t measure how much of an impact not talking about it openly has had.

There is little doubt in my mind that to deny something, as we do as a culture and in the media with suicide, is to give it more power.

It also can leave people in general in the dark about how to talk to someone who is suicidal.

I know it makes people who feel that way more isolated and alone.

I don’t think for one moment we should rush to a conclusion.

But it’s a start that we’ve been able to talk about it.

Perhaps now we could also start having the right conversation.

– Kyle MacDonald is a psychotherapist and blogger. He is the New Zealand Association of Psychotherapists Council spokesman on public issues.