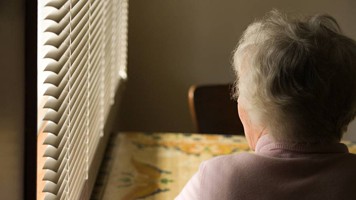 Does NZ need a Minister of Loneliness?

This last week the UK Government took the unusual step of appointing a Minister for Loneliness, off the back of findings that reported over 9 million Britons “often or always” feel lonely. Given the growing understanding of the negative health effects of loneliness – some research shows it can be as bad for physical health as smoking – it makes sense to take the problem this seriously.

But is this the right approach? Does New Zealand need a “Minister for Loneliness”?

Similar research hasn’t been carried out here, but it’s clear that we are becoming increasingly isolated and lonely, and as the recently announced Review of Mental Health and Addiction services shows, the demand for mental health treatment has risen by nearly 75 per cent in the past decade. There is no doubt loneliness, or more specifically a lack of meaningful connections with others is in part driving this increased demand.

We live in a society that more than ever values work and outputs over all else. People throw the term “neo-liberal” around these days as a replacement for “evil”, but in essence, we have become completely accustomed to the focus on free-market economics and on mental health being an “illness” that is located solely within an individual. It isn’t.

We all rely on each other: people need people. Put someone in solitary confinement for long enough they literally go mad and even die. Yet increasingly the outcome of this increased focus on individual productivity – “Social Welfare” becoming “Work and Income”, then “Social Investment” and “Work for Dole” schemes – is illustrative of the breakdown of community structures that support and engage people with other people.

For me, it’s the small examples that speak volumes. Government funding for night class programmes was cut in 2010. This was a valuable institution for many, and while it often had no measurable economic value, learning photography, how to cook, or a second language was about furthering an interest. It was also a way to meet and spend time with people from many different walks of life.

We also increasingly see government departments cutting the number of physical offices, and replacing them with online “portals” and increased staff at 0800 numbers. Yet that distance and lack of physical relationship creates problems – think the rising distrust and problems with WINZ, and Housing New Zealand.

We keep removing the relationship from the equation because it can’t be valued, at least in monetary terms.

In 1987 Margaret Thatcher famously stated “there is no such thing as society”. Now, that proclamation has unfortunately been proven true, and it’s no accident in the absence of “society” the UK now needs a Minister for Loneliness.

Let’s not follow its lead. Because loneliness is not the problem: it’s the outcome of believing that connection, relationships and communities have no measurable value.

The NewstalkZB show the Nutters Club, which Kyle co-hosts focused on loneliness and its effect on mental health. To listen audio of the show click here…