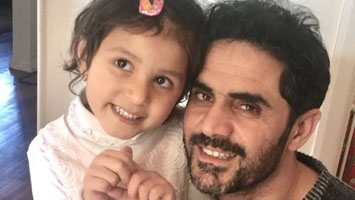 Dr Khalid Shah: ‘I’ve never had such a sense of belonging in NZ’

In an effort to hear more from Muslim voices following of the Christchurch mosque attacks, this week Kyle MacDonald gives his column over to Dr Khalid Shah, a trainee GP in Auckland. Dr Shah has a special interest in cross-cultural psychiatry and is a member of the Muslim community.

In the Christchurch mosque terror attacks it was not just the Muslims offering their prayers to God who were massacred mercilessly.

Rather, it was an organised attack launched on a small Muslim community’s way of life. Almost 50 families lost someone and nearly 40 were injured. They will live with the trauma all of their lives. Such a horror is a barbaric attempt to disrupt the social and psychological peace of the members of the community. A safe and secure environment is essential for the positive development of harmony among the communities. A sense of insecurity may lead to isolation and social exclusion.

The fact that this attack happened in the mosque and on Friday makes it even more significant: The mosque is the centre of a Muslim’s life. According to Islamic faith, attendance to the mosque for prayer is a soul-purifying experience, especially the Friday prayer. It has many positive effects on their mental wellbeing. Apart from its religious significance this is the occasion for members of the community to socialise and extend support to those in need. Islam (Peace) is a way of life, not just a belief and the mosque is at the centre of it for individuals as well as the community.

Personally, this tragedy has impacted my perception of life in New Zealand. There are many reasons to lead our lives here. For me the most significant is the peace-loving environment of New Zealand. This event has shaken my belief. I was working an after-hours shift when I found out about the incident and I had to leave and be with my family. It was the first time I was concerned about their safety. Previously I used to consume weeks away from home for work with no concerns at all.

It was something I had never seen before, rather never heard of. I saw the whole nation mourning. I saw the kids writing their messages outside the mosque. I saw the youngsters bidding a farewell with haka. I saw many men working shoulder to shoulder with their Muslim brothers on the ground. I saw the tears of the women lighting candles outside the mosques. All I saw was compassion in the hugs, the warmth of sympathy in their arms and the ache in their hearts.

On the other side, our Prime Minister Jacinda Ardern has taught a lesson to many leaders in the world. When she appeared on TV for the first time afterwards, you could see the anger in her face. Then the whole world saw her visiting the people and victims in Christchurch. She gave a warm-hearted hug to the survivors and you could see the compassion in her eyes. For the whole week, anywhere she spoke, the message was clear that there is no space for any form of hate in New Zealand. She stood by every victim of this tragedy.

For the first time in my life I saw a response from the whole nation that was utter kindness, affection and love. Historically such events create a divide in the people. However, as a Muslim, when I walked out for the Jum’ah prayer last Friday, I had never had such a sense of belonging before, despite many years in New Zealand.

I walked to the mosque and I saw many people lined up inside and outside. I could hear the love when they spoke and pain in their eyes when they shook my hand. It was like they were there to tell me that it will be safer than ever before for myself and my children to walk into the mosque. When I prostrated in salah, I felt tears in my eyes. It has, to some extent, restored my confidence, trust and sense of security.

However, for the community a lot needs to be done. Some concrete steps need to be taken to rebuild harmony. In addition to all the positive efforts, reaching out for support and showing love and care, it becomes the responsibility of all Kiwis to try to know each other and build bridges of love and care.

As my favourite Kiwi sports star SBW said, “Get to know your Muslim neighbour and reach out to them and you will find that they will give back many more folds.”

The Nutters Club: Wading through the mud of depression with Mike King