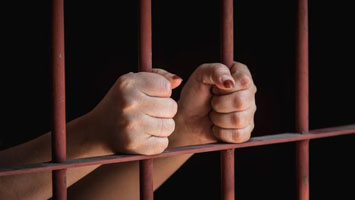 Dunedin woman suffering OCD and the line between curiosity and compassion

It’s human nature to be curious about others, and even more so things that might be considered odd, or outside the norm. We all long to peer over the neighbour’s fence, and listen with guilty interest about what it is they argue about.

Much of the news industry plays on this, and in an even more distilled – or some might say cynical way – with the rise of so called “click bait journalism”.

This voyeuristic interest was certainly a factor in last week’s case of the Dunedin woman jailed for abusing her mother, due – it was claimed – to her Obsessive Compulsive Disorder (OCD). The situation had all the elements of a newsworthy story, one which catches people’s fascination.

But part of what we’ve always been up against when it comes to “de-stigmatising” mental health stories, is the very understandable fact that the more “unusual” the story is, the more engaging it is.

From the point of view of helping people understand the reality of how people struggle with mental illness, only being exposed to the less common examples can lead people to form unhelpful ideas. For example, the common misconception – based on the fact that news reports often suggest – that mental illness is linked to violence. It isn’t .

As a society it’s a curious line we draw, between the humane treatment of those struggling in obvious ways, versus a punitive “name and shame” approach to those we deem criminals. And while an open justice system is an important part of our democracy, the way crimes are reported at times can easily slide into human interest, or perverse fascination, as is human nature.

But a photo of a clearly deeply distressed woman; a story that highlights the connection between mental illness and violence; and a clearly identified “baddie” or persecutor and a “goodie”, a victim, really is the perfect cocktail for a news story.

And while we aren’t privy to the details and history of the story (not that we should be) the reality of things are never this simple.

What gets lost in the simple, even sensationalised, presentation of a story is the humanity. The individual becomes a character, the tragedy becomes the narrative. And in that, we can lose our empathy. Our desire for entertainment trumps our compassion.

Complaints have been made, and with good reason. We should think about these things. But perhaps it’s also up to all of us to take responsibility for our own curiosity.

If we stand by and watch events unfold before us, if we take interest in things, are we not also culpable? Click bait only works when we click.

Because we can all point the finger at newspapers and media outlets for the way they present us with stories, and even complain when we think they’ve overstepped the mark, but ultimately we can all choose to take control of our desire to peer over the fence.

The Nutters Club: Dennis talks us through living with schizophrenia and the benefits of peer support

The Cafe: Kiwi Men and Alcohol