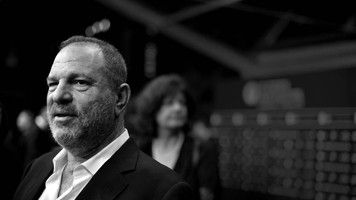 The recent revelations about Harvey Weinstein’s sexual abuse and rape of women in Hollywood and its cover up is deeply shocking.

It’s also lead to a necessary public conversation about sexual harassment and sexual violence, exemplified by the recent flurry of women I care about and respect posting #metoo on their social media timelines.

In the last couple of weeks, we’ve also had some very public departures from New Zealand Twitter by individuals claiming it’s a toxic place where abuse, bullying and “pile ons” predominate, and free speech is curtailed.

While at first glance these events may seem unrelated, in my mind there is no question they are both expressions of the same problem. Emapthy is becoming harder and harder to find.

Increasingly the individualised, commodified culture we live in – a global extension of values and ideas espoused and promoted by a very American version of free market capitalism – puts the wants and desires of the individual at the heart of how the world is viewed and structured.

Money and power are interchangeable, and years of structural racism and sexism means the power is wielded by rich, white men. This is what’s meant by “privilege”.

But we can’t just blame it all on rich white men, because we all live in the same world, and somewhere along the line more and more of us lost our sense of empathy. Somewhere we stopped caring about the fate of others.

And it is true that online, and on Twitter, bullying and bad behaviour happens. It can be hard to remember sometimes that there is a real person on the end of that social media profile, especially when we vehemently disagree with their point of view.

Where has empathy gone?

Is it our increasing isolation, the widening economic inequality leading to less direct day to day experiences of diversity? Or is it the decreasing face to face contact we have with other people: our relationships increasingly mediated as they are by digital devices.

Or is it the fault of our political leaders who seem happy to give us permission to blame the poor for their plight, blame women for their abuse, and allow abusers to absolve themselves of responsibility by claiming they have a sex addiction and flying off to another country for expensive “treatment”.

In reality, it’s likely all of the above, but one thing is clear, Twitter is not “the problem” any more than Harvey Weinstein is a sex addict.

But should we feel sorry for him?

Well no, and to suggest doing so is repugnant and I’m glad it has been judged as such. And being called out for such offensive nonsense on Twitter is not an example of an absence of empathy, more an expression of it.

Because sometimes empathy is angry. Sometimes it screams for justice.

Nutters Club: What does the new government mean for mental health?