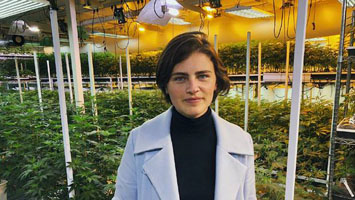 Hosking, Swarbrick and a fear of change

Kyle MacDonald discusses the psychology of what makes people afraid of change.

Last week one of our senior broadcasters did a pretty good impression of the grumpy conservative uncle at the family gathering. Mike Hosking told our youngest MP Chlöe Swarbrick – in the context of an interview about cannabis law reform – “Wait until you’re my age, and had a few kids, then you’ll understand.”

It was, as has already been observed elsewhere, a particularly belligerent interview. He may as well have just shouted down the phone line: “Don’t confuse me with the facts. My mind is made up!”

More concerning though than Mike Hosking’s curmudgeonliness, is the fact that he speaks for a constituency. A constituency that we might easily write off as not understanding the “facts” of the cannabis legalisation debate. But actually this group are primarily motivated by a simple, and completely understandable human emotion.

No one in their right mind wants young people having access to cannabis. No one wants use of cannabis to increase, or for the harmful mental health effects to get worse. Fear of these consequences actually drives both sides of the debate: on this nearly everyone agrees.

It can also be too easy to simplify and therefore polarise the debate as one of “conservatives” on one side, barracking for the status quo, and progressives on the other, pushing for change. Polls suggest that is largely true – in that support falls largely along partisan lines.

And of course age (and curmudgeonliness) is a factor in whether one is more or less conservative.

READ MORE: • Chlöe Swarbrick: Why I back legalising cannabis

The old maxim, that one naturally becomes more conservative as one ages, has been shown to be partly true, but what is more of a factor – at least in differences between those who identify as progressive or conservative politically – is conservatives are fundamentally more anxious.

Anyone who has experienced anxiety knows that it limits critical thinking. It makes being flexible and creative harder. People in the grip of anxiety are less likely to take a risk, or to try something new.

And there is little doubt that change is hard. Legalising cannabis is a sea change, but it is a change taken after looking at many overseas examples, and taking the best of these models into consideration.

It is a change taken with the intent of solving many of the problems of drug abuse we all fear. A change made while engaging with these fears, not avoiding them by throwing our hands in the air and suggesting we just need to “enforce the current laws more effectively.”

That’s anxiety talking, because it makes no sense. We don’t solve the problems of cannabis abuse, and use by teenagers by locking more people up.

Despite people’s fears, it’s also not a “pro-cannabis” change. It’s a courageous effort to limit the damage that drugs do, by different means.

Because – just like in therapy – we can solve the problem of fear. We solve it by acknowledging it, and addressing it.

And we solve it through action. Because inaction, in doing more of the same, is simply allowing fear to win.  (Click here to read the article on the NZ Herald…)