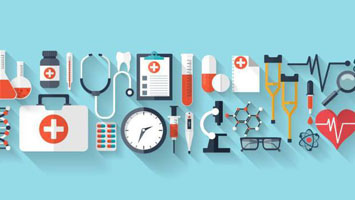 Conversations about racism are deeply uncomfortable for most. No one wants to own being “racist”. Perhaps that’s why the term “unconscious bias” has garnered so much attention. It acknowledges that we can all be swayed by our own bias, even though we don’t consciously mean to be.

The term reached a degree of prominence in response to the “Black Lives Matter” campaign in the US, as an explanation of police behaviour – sometimes deadly – towards people of colour.

But it’s not just limited to police. One of the most universally trusted professions, medicine, including doctors, nurses and health professionals – are prone to just the same biases. And it can be just as deadly .

In fact, some senior medical professionals are questioning whether this unconscious bias impacts many aspects of Māori and Pacific health, leading to much worse health outcomes.

Perhaps it’s no surprise then that a recent survey by the National Māori Council found that 83 per cent of Maori did not feel comfortable accessing services provided by District Health Boards.

A recently published study of ethnic bias in New Zealand medical students also suggested a moderate bias towards seeing Pākehā patients as more “compliant”, which can make a difference to the types of treatments offered.

But let’s not be too quick to beat up on doctors. As I’ve written before , we can all be prone to these sorts of biased responses.

It helps to not just understand this, but to acknowledge it, and in doing so see the need for specific responses to address it. Consider the example that enrages many of the “PC gone mad” brigade: allowing for ethnicity based quotas of Māori and Pacific medical students. Because not only can this reduce the chances the system will take a racist view of a patient, it also exposes training doctors to different cultures.

It’s also why the Auckland DHB has taken the courageous step of tackling this head on, and in doing so living up to its stated value of providing equity in health care.

In response to a report to the board that said racism was a basic underlying cause of poor health outcomes for Māori and Pacific people, the DHB is putting its managers through training modules as part of a plan to eliminate institutional racism.

Is it enough? No. But it is a start, and even to be using the language of “institutional racism” is a brave move.

But we all need to be braver. We need to get used to the idea that we’re all prone to bias, it’s human. Does that mean we’re “all racist?” Maybe it does. And if you find the idea that you might be a little bit racist upsetting, perhaps it’s worth considering that ultimately people’s lives are more important than your hurt feelings.

• Disclosure: Kyle MacDonald is a City Vision candidate for the Auckland District Health Board.

Should New Zealand prisoners be allowed to vote?

The Nutters Club: Aaron D’Souza: The importance of asking for help