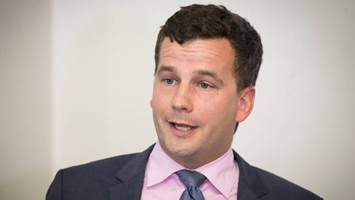 A couple of weeks ago a letter was circulated in parts of Epsom from Act party leader and local MP David Seymour. It encouraged protesting Housing New Zealand’s plans to expand its current housing in the Epsom area. And it stated: “There is also a chance that some of the future residents will have social and mental health issues who will need to have special support measures in place.”

Well, I’ve got some news for you, David: Based on the national data about the prevalence of mental health difficulties, there are already about 3500 people currently experiencing “mental health issues” in Epsom. What’s more, about 10,000 Epsom residents will go on to experience mental health issues at some point in their lifetime.

One (or more) might even be your neighbour. Heaven forbid!

But you weren’t really talking to them, were you David? Because in this context “mental health” is code for poor and undesirable.

While some might say this is just leafy suburb “Nimby-ism” it’s worse than that. It is deliberately fanning hate and prejudice for political gain.

This is the fettered underbelly of stigma and prejudice in this country.

We are now encouraged to talk about depression and anxiety openly. But when it comes to those more disturbed, more traumatised, those requiring more support – like support finding housing, for instance – many people still consider it okay to single these individuals out for discrimination. I mean, they’re “mental health patients”. They require “special support”. We, and our children, won’t be safe!

By definition, conservatism is about protecting the status quo, including inequality, and freedoms for some but not others. Motivated by fear of change, it is a fear that is easy to tap, as some of the reactions to this story have shown. But we only have to look to the far side of the Pacific to see how that’s ultimately working out for the Land of the Free.

My problem with this, however, is not ideological.

The Member for Epsom’s choice of words are not just in poor taste. I believe coming from someone in a position such as Mr. Seymour’s that it is encouraging discrimination. Therefore it is an abuse of human rights to organise a meeting, in part, based on the exclusion of those with a mental health condition – assumed, implied or otherwise.

To that end I’ve made a complaint to the Human Rights Commission about this letter, and the intention behind it. Because it is undoubtedly true that some state interference is indeed unwanted, even downright harmful.

The Nutters Club: Nutters in the Neighbourhood