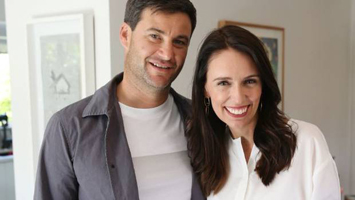 Language never ceases to amaze me: words and how we use them are the tools of therapy. They most clearly express our thoughts, our ideas and who we are.

Which is why the whole inherent contradiction of modern day, double-think weasel words such as “virtue signalling” – much like its linguistic ancestor “politically correct” – annoy me so much.

Reputedly coined by the right wing British Magazine “The Spectator”, it describes people saying things that indicate their virtue simply to make themselves look good.

In reality it gets hurled at people seen as politically “left” “liberal” or “progressive,” as an insult and to undermine what they are saying or doing.

Most recently our Prime Minister holding her daughter while giving a press interview (after just getting off a plane I might add by way of context) or Green MP Julie-Ann Genter choosing to ride a bicycle to the hospital have both been thrown about as examples of “virtue signalling”.

Of course these two examples also cut to the vacuous heart of the matter. Two women choosing to live their life in line with the values they have actually demonstrated – by way of being elected to parliament – to hold.

By definition that isn’t virtue signalling. Depending upon your point of view it may, or may not, be virtuous, but it’s certainly not signalling.

Now I’m not saying the phenomenon itself isn’t real. Most obvious in corporate advertising, there is little doubt when you see a petrochemical company’s advert touting its environmental credentials, or a bank preaching how they really care about our wellbeing, but we don’t need a new phrase for that. We used to just call that lying: words backed up by no actions.

But the phrases overly politicised usage, largely by those on the political right, betray the true meaning and intent.

Somehow compassion has become something to detest, because it remains a threat to those who believe love has no place in public discourse. A threat to those desperate to hold onto a “best man wins” version of the world.

It is a view that ultimately is driven by hate, because it seeks to debase love, caring, connection and empathy as valid considerations in a political conversation.

In the absence of love and compassion it is still possible to underfund mental health treatments, to push for punitive consequences on those drawing social welfare, to make massive profits from life-saving pharmaceuticals and to mine marine sanctuaries.

As communities without empathy, we have nothing. You can see that in the rapidly rising rates of anxiety, depression and suicide in the Western world. We are losing empathy for each other, and the drive for financial profits is killing us.

So no doubt many will read this and roll their eyes at yet another virtue signalling do-gooder wasting column inches. But attempts to drive love out of public conversation is not just harmful, let’s call it what it is: it’s hate signalling.

And that’s a lot more dangerous than a pregnant woman on a bicycle.

The Nutters Club: Let’s talk about suicide and how much it sucks

The Nutters Club: On male survivors of sexual abuse