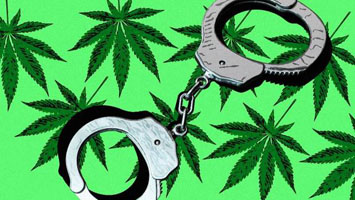 Is the Portugal Model a good approach to drug use for New Zealand?

As the debate about next year’s cannabis referendum slowly heats up, the “Portugal Model” has become a sort of shorthand for a liberal and permissive approach to drug use.

But is it? Is it the best way forward for New Zealand? Should we change our legal response to all drugs, not just cannabis?

This week I spoke with Dr João Goulão, recognised as the architect of the public health approach to drug policy in Portugal and the current Portuguese national drug coordinator. He was in New Zealand for the NZ Drug Foundation’s event “Cannabis conundrums and other drug policy challenges”. (To hear my full interview with Goulão tune into “The Nutters Club” on NewstalkZB from 11pm this Sunday).

In Portugal, since 2001, all drug use has been treated as a health issue. Any drug possession has been “decriminalised.” If you are caught with small amounts of drugs for your own use you are referred to be offered education, treatment options, or other social supports.

Alongside this, while the use of illegal drugs are not treated as a criminal matter, law enforcement focuses on “supply side” policing, arresting drug dealers, and stopping importation at the border.

In contrast to decriminalisation, legalisation (what we do with both alcohol and tobacco) is where the consumption, possession, production and sale is legal, although subject to varying levels of regulation or state control.

The legalisation (and hopefully strict regulation) of cannabis, is what we will be voting on in the upcoming referendum, as guaranteed in the Confidence and Supply agreement between the Labour and Green Parties.

But back to Portugal. Since 2001 they have seen an overall reduction in drug use, a consistent reduction in drug use by young people, and a massive reduction in both overdose deaths and HIV infection rates for intravenous users. Given the policy was originally designed to address Portugal’s heroin “epidemic” – at the time the highest in Europe – this has rightly been seen as an overwhelming success.

Critics of decriminalisation see it as an option that doesn’t go far enough, and importantly from a harm reduction point of view it doesn’t regulate supply – specifically the quality and strength of substances – given they are still supplied by the black market.
But in Portugal at least, it has led to increased understanding and de-stigmatization of drug use and addiction.

So, in addition to potentially legalising and strictly regulating cannabis, should New Zealand also be following Portugal’s lead for all other illicit drugs?

Well, we’ve already taken one big step in that direction.

Without much fanfare at the end of last year, an amendment to the Misuse of Drugs Act was announced. This was made, in part, to combat the increasing risk of illegal synthetic drugs, but ultimately requires police to exercise discretion when making prosecution decisions with all drug arrests, and if possible refer for treatment as a first option.

But what was also really clear in the nearly 20 years of experience Portugal now has, is it isn’t the decriminalisation that makes the difference. It’s the wrap around support, abundance of treatment options, cultural change, and helping people re-integrate back into a productive life. This is the real heart of the Portugal Model.

We can stop treating people struggling with drug addiction as criminals, but unless we also fully fund drug treatment services – including social supports and public education – then all our talk about a “health focus” will remain empty rhetoric – and people will continue to suffer, just without a criminal record.

The Nutters Club: The earthquake of grief: losing a father to suicide