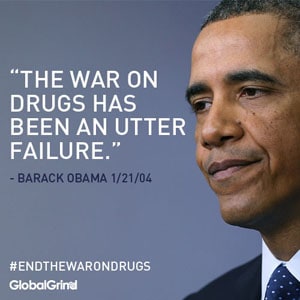 It’s not the drugs

This is the startlingly common sense, and revolutionary idea at the heart of the new book “Chasing the Scream: The first and last days of the war on drugs” by Johann Hari.  Mark Sainsbury and I talked about the book, and the research cited in it, on Radio Live this Sunday morning. (Click here to listen to the interview)*

Hari, a journalist, charts in the book his journey to understand both the war on drugs and how addictions work, and with his engaging narrative makes some very important and challenging facts easy to digest.

Anyone who has worked in the field of addiction treatment knows that there are many flaws with the idea that drugs are “bad” and that people simply become addicted to chemicals through exposure to them.  And anyone who has ever spent time using drugs recreationally, or around people that do, also know there are many people who seem to be able to take drugs, even quite regularly, and not get caught in the web of addiction.

But before I go on, let me be clear, this book is not “pro-drugs” as it is often possible to get caught in polarized thinking when discussing drugs this openly.  But the studies cited by Hari show the overwhelming majority (up to 90{1b812f7ed7a77644fff58caf46676f6948311bf403a3d395b7a7f87010507f87} in some studies) can use any addictive drug recreationally and not experience addiction.  And just to state the obvious, an absence of addiction doesn’t mean there is no harm, just that life remains manageable and the person can stop if they want, or need to.

“Childhood violence and prostitution, abandonment and homelessness, all led their victims to the same remedy: a narcotic anaesthetic for pain and loneliness. “Human beings have an innate need to bond. Healthy, happy people bond with other humans. But if you can’t do that because you’re so traumatised by your childhood that you can’t trust people, you may well bond with a drug instead.” The scientific evidence of the correlation is so overwhelming, Hari writes, that “child abuse is as likely to cause drug addiction as obesity is to cause heart disease”.  (Click here for the rest of the article)

Is it really this simple?  No, of course not.  Because it is also true that not everyone who gets addicted has experienced childhood trauma.  There are other factors: but there are other factors at play with heart disease too and it doesn’t stop us from trying to prevent obesity.

In the book Hari however goes further and puts forth the hypothesis as to what the underlying factor in addiction is, and I must say it makes instinctive sense from my point of view as a psychotherapist.

More times than I can count I’ve heard people describe alcohol, or drugs as a “friend”, and the process of giving up being like losing, or saying goodbye to an “old friend”.  And so it seems that the process of addiction is satisfying a deep human need for connection, that those prone to addiction struggle to satisfy in other ways…

“Professor Peter Cohen argues that human beings have a deep need to bond and form connections. It’s how we get our satisfaction. If we can’t connect with each other, we will connect with anything we can find — the whirr of a roulette wheel or the prick of a syringe. He says we should stop talking about ‘addiction’ altogether, and instead call it ‘bonding.’ A heroin addict has bonded with heroin because she couldn’t bond as fully with anything else.

So the opposite of addiction is not sobriety. It is human connection.”  (Click here for the rest of the article)

Not only does this hypothesis make instinctive sense but it also offers a way to understand not just the high rates of addiction in survivors of child abuse, but also in ethnic minorities, those disenfranchised from their traditional land, the unemployed, those struggling with mental illness and people locked in poverty.

The underlying factor in all these situations is disconnection.

Hari also proposes that the growing disconnection evident in our capitalist, technologically connected but interpersonally isolated world is driving more and more of us to seek solace in the arms of an anaesthetic, rather than in true human connections with others.  Some critics have labelled his writing “melodramatic“, but there is little doubt Hari cares deeply about his topic, and as a call to arms its central message is hard to ignore.

Because via this hypothesis we are led to the uncomfortable and unavoidable truth: that in punishing, imprisoning and criminalising those addicted to drugs, we cause more isolation and disconnection.  The war on drugs actually makes ongoing addiciton more likely for those caught on its battlefields.

Ultimately as a society we must work harder to truly understand those who become addicted to drugs, not so we can better police them, but so we can treat addicts with compassion and generosity, because as a society when we fail those most in pain, ultimately we fail ourselves.