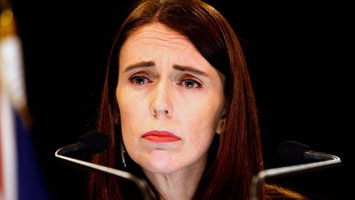 Suicide is caused by depression and mental health issues, right? Wrong. Psychotherapist Kyle MacDonald on why we are terrible at predicting which individuals will die by suicide.

I’m not surprised that the Prime Minister is having trouble setting a suicide target, or even knowing if we should have one.

The reality is we know a lot less about why people kill themselves than anyone is comfortable admitting. I mean, we can always look at individual cases after the fact, and feel that it should have been obvious. Likewise we can look at population level data and make all sorts of meaningful conclusions about what groups are statistically more at risk than others.

Youth, Māori, transgender men and women, men in their forties, are all at higher risk on average.

But this tells us nothing about the level of suicide risk of the individual sitting in front of you.

The uncomfortable truth is we are terrible at predicting which individuals will die by suicide, and anyone that tells you they can predict it is likely being paid to tell you that they can.

Take “mental illness” for example. Suicide is caused by depression and a “mental health” problem, right?

The Centre for Disease Control in the US recently found that over half (54 per cent) of people who died by suicide didn’t have a diagnosable mental health condition.

We’re also told that people have clear plans, and the presence of a plan is a “risk factor”. Clinicians are routinely trained to ask about this.

Around half of people who die by suicide attempt it impulsively, with another study suggesting that around one quarter (24 per cent) of people consider suicide for about five minutes before attempting.

Suicide is often impulsive, which is of course the problem with youth suicide. That is the age when human beings are, on average, at their most impulsive.

And yes, socio-economic factors such as poverty, trauma and homelessness all contribute to suicide rates. But again, we also know that very wealthy and successful people take their own lives, so when it comes to the individual sitting in front of you, does that help us predict risk?

How do we then set a target when we can’t even predict who is at risk?

Measuring the problem is less important than fixing it. Trees don’t grow faster if you measure them more often.

And if our predictive models are flawed, then we should stop trying to target specific groups, and target everyone.

Because not only is it not predictive to say a particular group is “more at risk” it’s also unhelpful to send messages that tell everyone suicide is a “Māori problem” or a “youth problem.”

The problem is universal: so we need a universal approach.

Having said that, there is one target we should embrace. Zero suicide for people in services. If people have reached out, and are currently engaged in mental health treatment, then we should be working to ensure we do everything we can to keep those people alive. And there is convincing evidence from overseas that taking this stance, along with a non punitive professional culture, that is constantly seeking to improve (and is resourced to do so) does bring suicides in care down.

For everyone else, it’s simple. There is no silver bullet.

Fund a wide range of help. Make accessing help as easy as it can be. Make help universally available, and keep educating everyone to be willing to talk, listen and steer people towards professional help.

So I don’t care if we don’t set a target. The target was never the issue. The lack of meaningful help was, and still is.

So let’s target that.  (Click here to read the article via the NZ Herald…)

The Nutters Club: Ex-CTV Worker on living with PTSD after watching his building collapse