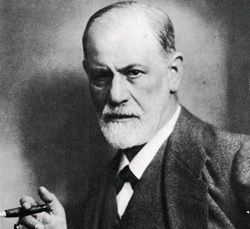 There are some ideas in psychotherapy that on first inspection can sound a bit weird.  But increasingly the science of neurobiology is showing us that some of Freud’s key insights into the functioning of the human mind, memory and consciousness were accurate.  Without doubt the most accepted of Freud’s now famous theories was the existence of an unconscious mind, and the way in which acting from our unconscious can cause us problems.

Related to this is an idea key to many theories of psychotherapy: transference.  Transference is a way of understanding how patterns of relationship, often patterns that we learn when we’re very young, keep getting repeated and played out in our adult relationships and lives.  Psychotherapists try to be alert to these patterns when they show up in the therapeutic relationship so they can be bought into consciousness, by noticing, describing and talking about them, therefore making them subject to change.

But what does this have to do with riding a bike?

Explicit memory as discussed last time is the memory for the “when and where:” the autobiographical memories.  In contrast implicit memory is essentially unconscious, we don’t need to remember when we learned to ride a bike, or tie our shoes to be able to know how to do it.  Learning these kind of tasks and then being able to carry them out relatively automatically is also known as procedural memory.  We don’t tend to develop an autobiographical memory until about 3 1/2, yet from the moment we are born we are developing implicit and procedural memories about the world, learning how to be and how to do things.

“The ability to fix a childhood memory strongly enough to last into adulthood, psychologists now say, depends on the mastery of skills of attention, thought and language at the level of an average 3- or 4-year-old. People simply do not retain into adulthood memories of specific episodes that took place at 1 or 2, before these crucial abilities emerge, although research like that with Rachel shows that as young children they do, indeed, have such memories.” (Click here for the whole article)

So the modern research supports the idea of what has been called “childhood amnesia”, simply because before the age of about 3 1/2 the faculties required to make autobiographical memory doesn’t yet exist.  But on the other hand implicit memory does, and implicit memory is unconscious, practice based and while you might struggle to tell someone how to ride a bike, it’s nevertheless easy to get on one and do it.

You never forget, as they say.

Under the age of three we implicitly learn a massive ammount about how to regulate our emotions, about how others respond to use when we’re upset or need soothing, what happens when we call out for help, and what it feels like to have someone close to us both physically and emotionally.  This is all implicit learning, and if it doesn’t go well it can cause us significant problems in out adult life.

You see, we might not know why we expect other people to not be interested in our emotions, or our expressions of distress, we might have no rational explanation for why we are terrified of being rejected when we express anger, but  it motivates our behavior anyway.  This is the unconscious in action.

And when these patterns keep showing up in life, we call them unconscious patterns of behaviour.  And when they show up in the therapy room, between a client and myself, I would call them transference.

Shining a light on these patterns enables us to be able to understand and change them, in much the same way as any other behavior.  But it can be next to impossible to know about these patterns, let alone change them, without being in a relationship that triggers them, and being able to talk about the patterns when they emerge.

Ultimately to learn how to ride a bike, you must actually be on a bike.

Freud, from The Interpretation of Dreams (1899)