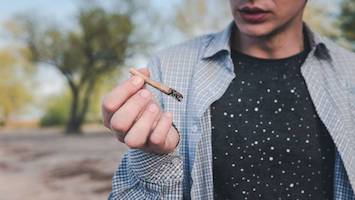 I was fifteen when I first smoked cannabis. As a middle class white kid growing up in the 90s on Auckland’s North Shore, it wasn’t exactly hard to get hold of. Four people willing to chuck in $5 each, a short drive to a tinny house in Northcote, or a little further to Beachhaven.

Having said that a dozen cans of cheap beer was around $10, and most of the time I could find somewhere that would serve me – even though there was no mistaking me for 20. Tobacco was cheap, and even easier to get hold of.

But buying alcohol and tobacco at least meant going into a licensed premise. The people who served us were breaking the law, but we were safe.

Looking back now, with the benefit of a (largely) fully functioning pre-frontal cortex, it terrifies me what we would do to purchase cannabis.

Walk brazenly up to an address, knock on the door, and either through a crack in an open door, or a hole cut in a mesh security door, hand over a twenty. In return – a tinfoil bullet of cannabis.

Part of the thrill of course was the illicit nature. On one occasion, in a now demolished housing block in Tonar Street, Northcote, I remember being grateful for the locked security door as the heavily tattooed man, dressed in blue and holding a baseball bat handed over my tinny.

I smoked because it was fun, but it also helped me manage the growing anxiety I was already feeling, and would later enter therapy to address. Alcohol helped too, but it was always possible to get cannabis. Later, at the University of Auckland, there was of course the Upper Common Room, only a short walk from the student bar, Shadows.

I don’t think my cannabis use was a problem; it was pretty normal in my social group – but at times it did slow me down a bit. I’m sure my 7th Form and early University marks would’ve been better without it.

Cannabis was by far the easiest of the three to stop.

I eventually gave up smoking tobacco for good, I still drink socially, and cannabis has always been around me in every social group I’ve been a part of. It’s ingrained in our society – like it or not. Most people will have a version of the events above. Most people will know someone, who knows someone.

I was lucky. I was never caught, arrested, or tied up in any legal issues. I could’ve been – under the letter of the law – should’ve been. But I was a white-privileged Shore boy. The cops never stopped us. Our dealers never got busted.

And I clearly don’t have the genetic hand that might’ve launched me into a psychotic illness.

But I think things might’ve been different for me if I hadn’t smoked so young. And 15 is young. I shudder when I look at people who are 15 now, when I know what my lifestyle choices were at their age.

Will cannabis being legally regulated make much of a difference in my life? No, not really.

But I’m not voting yes for me.

I will be voting yes, because I believe attempting to get any kind of control over an entrenched, illegal market can only help.

I will be voting yes because I believe restricting the age of purchase to 20 is a lot more than we’re able to do now.

And I will be voting yes for the 15 year old me, that needed therapy more than he needed a joint.

“We wanted to create the kind of service we would want to go to; a comfortable environment, with professional experienced clinicians. I’m excited to say we have achieved that.”

The Robert Street Clinic, co-established by myself in 2010, is a provider of private psychotherapy, psychological counselling and psychiatry in Ellerslie, Auckland.  All clinicians at the Clinic have many years experience in public mental health and addictions services.