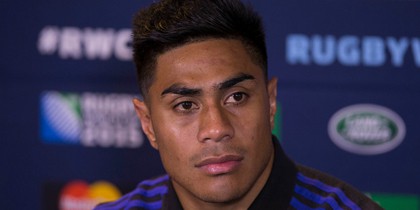 This post first appeared as an opinion piece in the New Zealand Hearld.  Click here to see the original

There is little doubt Malakai Fekitoa is an explosive presence on the rugby field. As a lifelong Blues fan I’m still annoyed we lost him to the Highlanders.

His running is that rare combination of silky and elusive, and brute force, reminiscent of the great Walter Little.

However this week he has risen even further in my estimation, not just as a great rugby player, but a great man, because he spoke very publicly about his emotional struggles off the field via his Instagram account:

I’ve got a huge problem with anger. I don’t handle some situation very well on and off the field. I get really angry sometimes and flip out so I would like to Apologize publicly to any of you if I ever said something really hurtful to you at home, on the field and through social media. I’m ashamed and regretful, Lesson learnt. I suggest that no matter how old you are or who you are. Whatever it is. You need to speak to someone about it. Your feelings and what’s inside you. Its never bad until it will cost you. #CallOutForHelp

We have all read the stories of the bad behaviour of professional sportsmen. It usually involves alcohol and anger. It often leads to violence. But it isn’t the All Blacks we should be worried about.

New Zealand has some of the worst statistics in the world when it comes to domestic violence. Visit any Emergency Department in the country on a Saturday night to see the scale of the problem we have with young men inflicting violence on one another.

And too often the problem is misunderstood. We should never accept aggression and violence as OK, but similarly too few people understand that often anger and aggression for men is a sign of deeper struggles.

When we think of depression most of us think of the stereotypical “miserable” person, and for many this is their experience of depression, an emotional turmoil, unrelenting sadness, numbness and emotional pain. But there’s an old cliché in therapy: “women ‘act in’; men ‘act out'”.

What does this mean? Women tend to internalise their feelings, collapse into overwhelm and self attacks, self criticism, self hate and most extremely self harm.

Men tend to deal with their distress through action, frequently taking it out on others through irritability, anger and for some unbridled aggression.

I don’t know what Fekitoa is apologising for, and in many ways I’m glad we don’t as it means his very sincere message can’t be spun as an attempt to get out of trouble for something, but what is so important is he has made himself humble, vulnerable and been honest.

The path back from anger is simply to talk, just like Fekitoa is doing, to find ways to reach out and talk about the pain: the unhappiness and what fuels the anger. And for so many men this is the hardest task of all. We have too few role models for this.

So I have the utmost respect for what Fekitoa has done, and I hope he gets the help and support he needs. And hopefully it will prompt many more men to speak out, not lash out.