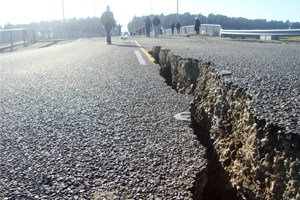 In the last 24 hours we have seen reports of both the Canterbury District Health Board being forced to reduce spending on public mental health services, despite already falling behind national average spending levels, and it being revealed that the Canterbury funding for earthquake trauma counselling has been slashed from $1.6million, to $200,000.

This despite increases in the number of people struggling with anxiety and earthquake related trauma, especially children, a claim disputed by the Ministry of Health, who continue to claim that demand is decreasing.

“As a psychotherapist and counsellor I am still getting clients who maybe don’t come with the trauma of the earthquakes uppermost in their minds, but who say that their problems began round about the time of the earthquakes” says Sheila Larsen a Christchurch psychotherapist and President elect of the NZAP. “For some of these clients this is the first time they have had the opportunity to talk about their own experiences.”

Of particular concern is the increased effects on children, and the fact that psychotherapists, counsellors, social workers and other professionals are clear: there is no reduction in demand, in fact the situation is getting worse.

“What we’re hearing is that it is increasingly difficult to access the counselling funds, and that given the complete lack of any available public mental health service unless you’re actively suicidal, people are giving up” says Kyle MacDonald, NZAP Public Issues spokesperson. “I don’t doubt that the spread sheets are telling the Ministry that demand is down, but it seems wilfully ignorant to go along with that when the community itself is crying out for help. And all of this on the back of this weekends big quake? It seems particularly uncaring.”

The Minister of Health Jonathan Coleman has consistently refused to comment on mental health funding for the area, but pressure has been applied to Canterbury District Health Board since last year, with the Ministry claiming there was no increase in demand and the DHB needed to live within it’s means and balance its books.

“The anecdotal evidence flowing out of Christchurch today, in response to this news is clear, people want help and are unable to get it, whether that be counselling or more severe mental health support, now is not the time to be cutting help to Canterbury” says MacDonald.

Nutters Club: Gemma Graveson on Self Harm and Trauma