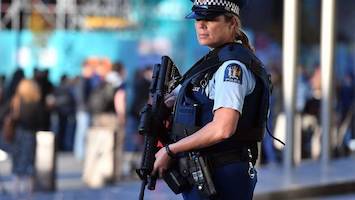 You can tell a lot about people by their attitude towards the Police. Odds are if you’ve grown up in a leafy inner-city, suburb the only time you have any dealings with the constabulary is when something has gone wrong and you need their help.

If you live in a different part of town, then your experience of the Police is likely less positive.

And that’s not because the Police are bad people, every individual member of the Police I’ve ever met are decent human beings, working hard to do a good job.

Like all human beings though they’re prone to bias – we all see what we expect to see. No one is perfect, we all make mistakes.

When most of us make mistakes at work however, they aren’t fatal.

I’ve written here before about unconscious bias , and how human nature means we are all a little bit racist. Such forces have been talked about at length in the USA, and given rise to the “Black Lives Matter” movement.

The uncomfortable reality is such a racial bias clearly exists in New Zealand Policing, and has even been acknowledged by Police Commissioner Mike Bush .

And the numbers back it up. 66 percent of all New Zealanders shot in the last 10 years were Māori or Pasifika, and Māori are almost eight times more likely than Pākehā to be the victim of police violence.

But the rest of us are also prone to a particular bias, fuelled by fear: that more guns will make us safer .

Because the new Armed Response Teams are slated to patrol South Auckland, along with “high crime” suburbs in Hamilton and Christchurch.

Of course, this is cited as a response to the events in Christchurch, but given that was in many ways a horrific anomaly, handled incredibly well by existing Police processes, and not a crime committed by someone brown, from a low socio-economic suburb, it seems the only real link is fear.

Because to many the idea of more armed Police makes them feel safer. It certainly appeals to the kind of people who believe we should get tough on crime.

But arming more Police, albeit well-intentioned, well trained, but fallible human beings will only serve to guarantee one outcome: more people will be shot.

Let’s not make the legacy of Christchurch more Police shootings of young Māori and Polynesian men.

The Nutters Club: From Grief, Addiction & Obesity to Weight Loss & Supporting Others