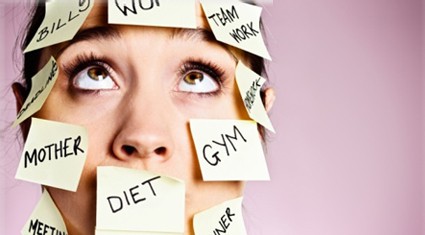 When was the last time you did something that didn’t have a point?  Just mucked about, did whatever took your fancy?  Wasted some time?

Last time on Radio Live Wallace and I talked about the importance of play for the wellbeing of children, but what about adults?  Well not only is it important for grown ups to play too, it may in fact be vital.  (Click here for audio of this weeks chat with Wallace Chapman on Radio Live…)

Some have suggested that we are too outcome obsessed, and that in being so foucssed on what we produce, we have lost touch with simply doing things we enjoy, that are creative, and come from our own inner motivation (“intrinsic motivation”).  What is also clear, from a large body of research about the psychological concept of “flow” (See: “Go with the flow“) is that we are most happy and engaged when we’re involved in leisure activities: playing.

If you need a reason to simply play, it also seems that just engaging in playful recreational activities is a highly effective stress buster:

“When you’re stressed, the brain’s activated emotional hub, the amygdala, suppresses positive mood, fueling a self-perpetuating cycle of negativity. Play can break you out of that straitjacket. It also cuts through stagnation at the office. Studies show that playfulness can increase performance on the job and stoke creativity by breaking up the mental set that keeps us stuck. It resets the brain.”  (Click here for the whole article…)

Play then helps with stress.  But as the video below so clearly outlines, play is much more than that.  It is actually a necessary biological state, like sleeping and dreaming, and that through the use of the “play state” we are engaging in the “exploration of what is possible.”  It is not a rehearsal, or just a way to relax, it is actually something that biologically is required, by human’s and other animals, for full and healthy functioning.

As a therapist, this makes a lot of sense to me.  The absence of flexibility, creativity and being able to spontaneously express ourselves is common to the lives of people that turn up in therapists offices struggling with depression, anxiety and addictions.  And sadly it’s also often the case that for a multitude of reasons that individual is likely to have had a play deprived childhood.

One of the pre-eminent psychoanalysts of his time, and an expert on childhood development and the treatment of children, Donald Winnicott believed the experience of psychoanalysis to be one of engaging in a “play state” of self discovery and expression.

Funnily enough, he also had a radio gig.  In the 1940’s he gave what at the time were quite progressive lectures on the BBC, about parenting and the value of listening to mothers.

“Winnicott’s pioneering talks came after the rigid, traumatising regime advocated by Frederick Truby-King – babies fed every four hours, left uncuddled in prams outdoors… …By contrast, Winnicott believed that “It is when a mother trusts her judgement that she is at her best.” In his work he took the radical step of talking to mothers directly through the radio.”  (Click here for the whole BBC radio documentary about Winnicott’s ideas, including clips from the few remaining recordings of his lectures.)

He believed that from the moment the child was born that the suppression of opportunities to play and act freely caused a “false”, externally driven engagement with the world.  This over reliance on this “false self” way of functioning, disconnected from the persons genuine, intrinsic “true self” was seen to be the root of many emotional problems throughout life.  That was why he was so opposed to rigid regimes of feeding and sleeping, in vogue at the time, that paid no attention to the babies natural rhythms and needs.

I’ve always liked that way of thinking about what I do.  Because good therapy is not just about fixing a problem, or changing a troublesome behaviour.  To me good therapy is about learning to bring that sense of playful, open, creative engagement to life.

Because to do so is not to be mucking about, or wasting time.  To do so is to be truly alive.