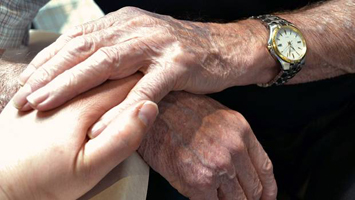 My concerns over euthanasia in New Zealand

Having spent my entire professional career taking a stance against suicide, it’s hard to know how to feel about euthanasia, or “assisted dying”.

Yes, I know they’re different things, but nonetheless, I struggle to know what to think or feel about the “End of Life Choice” Bill.

Emotionally, I get it. Having had people in my life die from debilitating conditions that were terminal – which meant suffering until death finally came – I understand the humane response would be to give those suffering in the final stages of their life more choice about when and how they may wish to die.

Personally, I have no idea what I would do. I don’t know if I would choose to endure the pain, to hold on to life until my last breath, or choose to exit on my own terms. It’s just too hard to think that clearly about death.

Despite it being one of the universal human experiences, we all float around in a degree of (healthy) denial about it until our day finally comes.

I think that’s part of what makes rational, reasoned lawmaking about this so difficult: it’s hard for any of us to be reasonable about death.

In fact, it’s the human element that makes me so uncertain about legalising assisted dying.

In principle, I can get my head around it, but what scares me is the fact that inevitably people will make decisions, one way or the other, about how and when other people die.

Of course, it’s possible to build many clear safeguards into the law, but overseas we have seen questionable decisions reached once the door to assisted dying is opened.

Belgium and the Netherlands both allow for euthanasia for psychiatric reasons if the patient can prove they have “unbearable and untreatable” suffering. In Belgium specifically, the most common mental health conditions where the right to die is granted are depression, personality disorder and autism spectrum disorder.

The New Zealand law – at least as drafted – would be nowhere near as liberal and wide sweeping as this limited as it is to terminal physical conditions – and rightly so – but it still makes me more worried.

In a perfect world, with a perfect system, and bulletproof safeguards I would more easily be convinced. And of course, like with most of these “conscience” issues, I would likely feel very clear if it was someone I love suffering.

Because I do believe in the right for people to die with dignity, and to make their own choice about that. I need no reassurance about that part of the equation.

But I need plenty of reassurance about human nature. Because I’m not sure I trust human beings, and the systems we create, enough to trust us to get it right all the time.

The Nutters Club: Former gang member on healing from childhood trauma and addiction