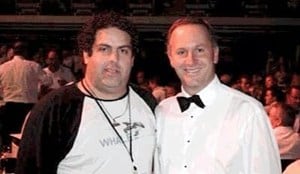 With the recent media attention on Nicky Hager’s book “Dirty Politics” and the actions of a few quite nasty individuals, I’ve had a number of people ask me are these people sociopaths?  And while it isn’t appropriate to diagnose someone you’ve never met, it did remind me of some studies suggesting CEOs and politicians are more likely than the general population to be “sociopathic.”

But what does this mean?  What is a sociopath, and how could they end up in charge of a country or a large corporation?  Mark Sainsbury and I talked about this on his Sunday morning Radio Live show this week.  (Click here for audio of this weeks interview)

Sociopathy is a term often used interchangeably with “psychopathy” and “antisocial personality.”  Technically all of these terms describe a personality disorder, which is a long standing pervasive pattern of behaviour that is apparent from the age of at least 18, and causes problems across all areas of life.  The core feature of sociopathy is a markedly diminished, or absence of, empathy for others.  It manifests in the following features or “traits:”

“According to ICD-10 criteria, presence of 3 or more of the following qualifies for the diagnosis of antisocial personality disorder (~sociopathy):

Most people rightly think of criminals and serial killers when they think of sociopaths.  But of late there has been a flurry of interest, and research, into what has come to be known as “high functioning sociopaths.”  Defined as people who are able to operate within the law (or not get caught), they are often hugely intelligent and effective in their chosen field.  But their lack of empathy, their coldness, makes them seem less human.

But of course being able to operate without compunction, free of empathy and consideration for the impact of behaviour on others, is highly adaptive, particularly in the corporate world and the world of politics.  One of the the best known studies from the USA shows that of corporate CEO’s about 4{1b812f7ed7a77644fff58caf46676f6948311bf403a3d395b7a7f87010507f87} would meet criteria for being sociopathic, about four times the level found in the general population.

Some authors have argued that… “the way that capitalism is structured really is a physical manifestation of the brain anomaly known as psychopathy. ” (Click here for the rest of the article)  Of course it is important to note this is not a causal relationship, not all people in power are sociopaths, but power attracts ruthlessness, and moreover rewards it.

It’s not just CEO’s that are powerful of course, politicians are as well and many observers and experts in the field are starting to use the idea of “high functioning sociopaths” to explain the immoral and dishonest behaviour of some politicians.  Dr. Martha Stout an expert in the field and author says…

“Yes, politicians are more likely than people in the general population to be sociopaths. I think you would find no expert in the field of sociopathy/psychopathy/antisocial personality disorder who would dispute this… That a small minority of human beings literally have no conscience was and is a bitter pill for our society to swallow — but it does explain a great many things, shamelessly deceitful political behavior being one.” (click here for the whole article)

However, it is also true that not a single one of these people has publicly shown any compassion or concern for anyone affected by, or threatened by, their actions.  Indeed the only action that Cameron Slater has taken is to deny and blame others along with taking legal action to protect his own privacy.

Is he a sociopath?

I don’t know, I’ve never met the man.  But the particular kind of politics outlined in the Dirty Politics book clearly documents an absence of empathy.  And in my opinion the further one travels “right” on the political spectrum, on average the less compassion one finds.  Just one small example, from Laura McQuillan, political journalist for Radio ZB via Twitter:

Team Key man’s response to woman in mall sharing concerns with Key about ability to live on benefit: “I hear North Korea has good benefits”.

Sure, there are good and bad on both sides of the house.  And no doubt those right across the political spectrum are capable of seeking power for the self-aggrandizement, and narcissistic fulfillment that comes with the baubles of office.  But while the politics of the left might be arrogant at times  they are, much more than the right, the politics of compassion and consideration for others.

However the politics of the conservative right, the new Tories, the Libertarians, are the politics of selfishness.  To believe that poverty is the fault and responsibility of the individual, to actively seek the reduction of the welfare state, to reward the rich and punish those left fortunate: that requires an absence of empathy.

My concern is not that people in power behave this way.  We should predict and expect that.  My concern is that if, as a country, we return this Government to power, if we rubber stamp the heartless and cynical politics that are now a matter of public record, then we implicitly approve of this behaviour.

And that makes us all a little less human.