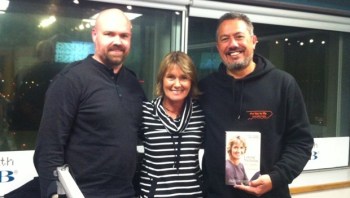 Last Sunday I was guest host on Mike King’s Radio ZB show the Nutters Club, and our very special guest was 2007 New Zealander of the Year and Rape Prevention Education Survivor Advocate, Louise Nicholas.  Louise talked openly about her own experiences of sexual violence (trigger warning) and how she recovered with the support of her family to lay complaints against the Police who raped her, in the highest profile rape case New Zealand has yet seen.

She has a book out about her experiences and this Sunday on TVNZ channel one she has a movie of her life premiering, called “Consent”.

Men and women are from Earth