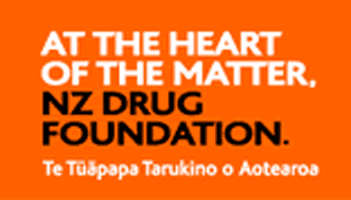 Addiction, for those who overcome it, is about adversity: of facing demons and persevering through overwhelming pain and multiple failures.

Johann Hari’s Chasing the Scream: The First and Last Days of the War on Drugs may be a strong, well argued polemic on the failure of using prohibition as the foremost weapon with drug problems in the War on Drugs, but it is also personal: from his admission of prescription stimulant use, to his drug addict partner and his childhood recollection of failing to wake an intoxicated relative.

Lurking in the background is also author and journalist Hari’s most infamous adversity: the 2011 revelations of plagiarism for his use of a pseudonym to change the Wikipedia entries of his critics. It may go unwritten in Chasing the Scream, but these are the words and opinions of a talented young journalist whose wrongdoings led him to return his 2008 Orwell Prize and lose his job at the UK broadsheet newspaper The Independent. As such, this book in itself is the story of perseverance.

Chasing the Scream was criticised by The Guardian’s John Harris as using “the gauche journalistic equivalent of the narrative voice found in Mills and Boon novels”. Certainly, his prose is colourful, but Harris’s comparison to romantic trash is unfair because it undermines Hari’s belief in the failure of the War on Drugs. He is not melodramatic; he is passionate and tells a rollicking good tale.

During our interview, he is also honest and generous, and I found it impossible to conjure up the cynicism displayed by other reviewers. Chasing the Scream is a popular book: it entered the New York Times best seller list at the start of the year and is still there at the time of writing because it is a character-driven tale. Hari shows genuine affection for his interviewees, describing how he is “oddly drawn” to them because “they feel like my tribe, my group, my people”.

Hari may be fervently against prohibition but points out the need to be apolitical – or at least argue to both ends of the political spectrum – over drug reform. “Left wing and right wing theories of addiction are wrong,” he tells me. “Addiction is an adaptation to your environment.”

His reasons and research are convincing. Hari cites evidence that the famous early studies of addiction on laboratory rats are simply wrong: “An isolated rat will almost always become a junkie. A rat with a good life almost never will, no matter how many drugs you make available to him.”

He explains that more recent studies reveal “addiction is a disease of connection”.

One of Hari’s most convincing examples of this more humane approach is Portugal, which decriminalised all drugs in 2001 and now differentiates between users and people dependent on drugs, helping the latter into employment and making a striking effect on their social wellbeing.

“The biggest and most successful part of the [Portugal] programme is to do the opposite of what we [in the UK and New Zealand] do and guarantee that addicts have jobs. It’s been nearly 15 years now and the results are in from this experiment: injecting drug use is down 50 – that’s five zero – percent.”

But surely – as with many of Hari’s examples throughout Chasing the Scream – this is too simplistic? Surely there must be opposition to the Portugal solution?

“There are individuals in Portugal who want to go back, but they’re a very small minority. None of the political parties want to go back, and when I was talking to people on the street, I literally couldn’t find anyone who wanted to go back.” Hari says plenty of countries are dealing with drug reform – including New Zealand, where the recent political U-turn caused the Psychoactive Substances Act to fail in Parliament.

“I know you’ve had a charged debate in New Zealand about the proposed legalisation and regulation model of legal highs, which I think was a really important model.”

But he explains how even politically conservative governments can adopt seemingly liberal drug reform laws – for example, in Switzerland, where legalisation helps treat people dependent on heroin.

“Libertarian arguments are really unpopular. What is popular is a conservative order-based argument. What they argued in Switzerland was essentially that the drug war means anarchy and legalisation is a way of extending order to this currently anarchic Wild West frontier.”

And this is the essence of why Hari says arguments for drug reform are beyond politics.

“When you talk to prohibitionists, they’re motivated by a few things. Basically, they don’t want kids to use drugs, they don’t want people to become addicted and they want less crime. Those things drive me as well – my only disagreement is that I think the policies they’re favouring actually don’t deliver those goals and in fact make these problems worse.”

Ultimately, though, this cause and this book are personal for Hari.

“My book is dedicated to my nephews who are all teenagers and who I really don’t want to use drugs. One of the main reasons why I’m in favour of drug reform is for this reason.”

But he says the misunderstanding of that personal reaction has led to failed policies.

“If we’re honest, for anyone who has addicts in their lives and addicts that they love, then there’s a large part of your time that you’re really angry with them. When I set off on this journey, there was a big part of me that was really angry with the addicts in my life. It’s very natural and human to look at an addict and think, ‘Jesus, someone should just stop you’. I’ve certainly thought it even though I knew intellectually it wasn’t right, but there was certainly a part of me that felt that way.”

The stories Hari tells in Chasing the Scream reinforce the ultimate failure of the battle plan behind the War on Drugs: the desire to control people using drugs constantly contrasts with the tragic stories of those affected and the campaigners who simply wish to treat those suffering with compassion.

When we see the emotional examples of addiction alongside the consistent failures of individuals driving the policies behind the War on Drugs, it is easier to understand how we got this so very wrong for so long. But it shouldn’t be surprising that kindness and generosity help treat people in pain.

“The only thing that is going to turn around the life of someone that is in terrible pain is love and compassion. The evidence for that is really clear.”

This then, is the book’s central lesson. We can’t control and punish people out of pain. Instead, we need to be open to connection and risk loving and becoming closer to everyone with a drug problem in our lives and in our communities.

Perhaps unsurprisingly, the three and a half years and 50,000 kilometres Hari clocked up to come to this revelation has also made an impact on his own view of dealing with adversity.

“The only real way out of it is to strengthen your bonds, not to threaten them. And that really helped me, I don’t think I knew that before.”

Kyle MacDonald is a psychotherapist and blogger from Auckland

To hear audio of the whole interview with Johann Hari, see Kyle’s podcast The Confident Mind or on iTunes.

Find out more about the book, Chasing the Scream.