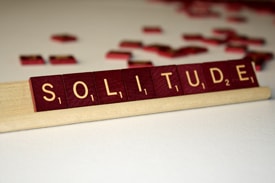 When was the last time you spent 15 minutes doing nothing? No TV, music, nothing to read, no smart phone.  If you can’t remember, you’re not alone.  It seems most people really struggle with solitude, and some would rather administer a small electric shock to themselves than tolerate it.  Mark Sainsbury and I talked about how hard it is to just be still and quiet with our own thoughts, and whether this is a modern problem, on the Radio Live Sunday morning show this week.  (Click here to listen to the interview)

Mindfulness is often touted as a psychological panacea, a cure for all our ills.  And there is little doubt it can be very helpful.  However it’s also true that for many it can be very, very difficult and indeed painful.  Researchers at the University of Virginia have come up with a number of studies that appear to show just how hard some people find it…

“They report on 11 experiments. In most, they asked participants to put away any distractions and entertain themselves with their own thoughts for 6 to 15 minutes. Over the first six studies, 58 percent of participants rated the difficulty at or above the midpoint on a scale (“somewhat”), and 42 percent rated their enjoyment below the midpoint. In the seventh study, participants completed the task at home, and 32 percent admitted to cheating by using their phones, listening to music, or doing anything but just sitting there.” (Click here for the whole article)

So about half find it difficult and unpleasant.  But what is really, <ahem> shocking, is that in a further study participants were given the added option of voluntarily giving themselves a mild electric shock during the 15 minute period.  And surprisingly  two thirds of men and one quarter of women did so.  This is an electric shock that prior to being in solitude they would’ve paid money to avoid.  It seems some people find sitting in solitude so unpleasant that even causing themselves pain is preferable!

So what’s going on here?

Smartphones, Twitter, Facebook, instant gratification etc, etc…  That’s what I thought too, but no, wrong.  The experiment was carried out across a wide age range and they found essentially no difference between participants of different ages, with subjects ranging from 18 to 77.  The researchers conclude these modern devices are merely a symptom of our desire to continually distract ourselves.

The leading theory at this point is that we are all biologically inclined, for survival reasons, to scan our external environment.  To put it another way, we all tend to be externally biased.  Because of this it is unnatural to spend any extended period of time not focussing externally.

This makes sense to me, and moreover it is only as our external worlds have become relatively safer that the costs of this external bias becomes apparent in the form of anxiety, boredom, malaise and the modern desire for stimulation.

I think Mindfulness is an ancient solution, to an age old problem, that we’re only just noticing we have.  It’s not so much a fad as a modern necessity: a counter-balance to the high stimulation but existentially safe life most of us now live.

*If you are looking for an easy way to start meditating you can’t do much better than Andy Puddicombe’s (the TED talk presenter from my last blog) website, iOS and Android app “Headspace.”  The first ten days of meditation are free, and he does a good job of guiding you through the basics of how to practice bringing our attention to the present moment.