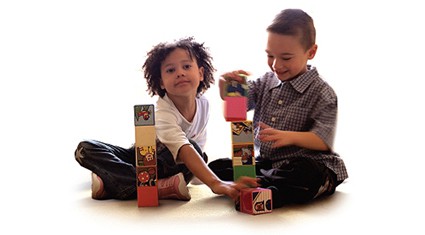 “All work and no play makes Jack a dull boy.”

Turns out it may also make him less socially able, less creative and more likely to be arrested as an adult.  In the UK there is currently a political fight going on about the increased use of formal assessment of the three “R’s” for children as low as five.

Advocates for children, academics and researchers are trying to point out that this will actually harm kids, not help.  (Click here for the article…)

But how does it harm, and how can playing more help kids do better at school?  Wallace and I talked about this on Radio Live this Sunday.  (Click here for the audio of this weeks interview…)

Firstly what do we mean by “play”?

When children play, they learn invaluable skills in negotiation, manual dexterity, shifting roles, creativity and problem solving.  There is a growing body of literature that shows that with decreased opportunities to engage in free play, development on all this skills goes down.  It can also have even more serious consequences.

The problem is from an adult point of view the research seems counter-intuitive.  Playing more makes kids smarter?  But what we know is that it is what kids are naturally inclined to do is play:  across all cultures, and even in animal species, from primates to rats.  It’s a natural part of development and it happens for a reason.

Schools in Scandanavia consistently get good results, and by many educators are held up as an example of high quality, research led teaching.  And whilst there are many variables at play (pun intended) in the Scandanavian model, kids don’t start “formal” instruction type education until age 7.  Before then they are in play led, what we would call in New Zealand “playcentre” type environments.

So want to help your child learn better and excel academically?  Well if they’re under seven, get out the dress up box, the crayons or the Lego and let them decide what you’re doing.  Get down on the floor with them, and play.  And in two weeks we’ll talk about how that may help you too…