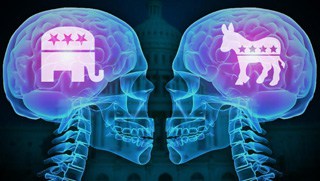 In 1969 Carol Hanisch a radical feminist coined the phrase the “personal is political”.  Now it seems in 2015 as if the “psychological is political.”  Mark Sainsbury and I talked about the overlap of politics, mental health and therapy on his Radio Live Sunday show this week.  (Click here to hear the interview)

Over the last week I’ve wondered how people might react if they were told that the Government was no longer willing to fund chemotherapy, that if you unfortunate to fall ill with certain kinds of cancers you would need to access low cost community treatment (if it was available) or if you were able to afford it, private care.  Don’t worry the state will still fund your radiation treatment, but they just don’t have the money to fund everything.

When you look at the decisions this Government is currently making around the provision of psychological support services, and put that alongside the overwhelming evidence for the effectiveness (both clinical and cost-wise) of psychotherapy it isn’t far fetched at all.  It’s a sign of how politicised therapy is, and how much stigma still influences policy decisions around the provision of mental health services.

“In blue [liberal] states, there are 54 percent more Google searches for psychotherapists — a broad category that includes searches like “find a therapist,” “counseling” and “cognitive therapy” — than there are in red [conservative] states. We know that these results are not driven by population size or Internet use because Google data is normalized by total Google searches. According to my analysis of data from the Bureau of Labor Statistics, there are also 76 percent more psychologists or psychiatrists per capita in blue states.

Whatever stereotypes you might have, it is not true that people in blue states are more neurotic or depressed. People in red states and blue states are, roughly speaking, equally likely to take antidepressants.”  (Click here for the whole article)

The writer goes on to suggest that the underlying mechanism for this difference is stigma, in that there are very different ways that those on the political right understand mental illness that prohibits them from valuing and engaging in therapy.

While this opinion piece is from the USA, I believe very similar differences exist here in New Zealand, and little demonstrates this better than the forced closure of Relationships Aotearoa, and the suggestion to partly privatize the provision of mental health care via the introduction of social bonds.

What is highlighted by these recent stories is a clear plan by this Government to gradually reduce funding for counseling and therapy.  In their time in power this National led government have overseen the removal of family court funded couples counseling, the attempted removal of ACC sensitive claims (sexual abuse) counseling and the ongoing woeful underfunding of state mental health services, where therapy is no longer offered as a treatment option by many community mental health centres due to reasons of cost.

“Research has found that psychotherapy is as effective as medication – and in some cases works better. It also often does a better job of preventing or forestalling relapse, reducing doctor’s appointments and emergency-room visits, and making it more cost-effective in the long run.

In 2013, a team of European researchers collated the results of 67 studies comparing drugs to therapy; after adjusting for dropouts, there was no significant difference between the most often-used drugs – selective serotonin reuptake inhibitors (SSRIs) – and psychotherapy.  (Click here for the whole article)

How does this stigma against a clearly effective treatment manifest?  Well one of the ways is via the focus on “getting back to work” that is the core of the proposed social bonds scheme.  The experience of the United Kingdom is educative in this respect, in that they are a number of years ahead of us in the implementation of these neo-liberal policies…

Made-up ailments such as “psychological resistance to work” and “entrenched worklessness” feature in ministerial speeches… …Psychological explanations for unemployment – the failings of the maladjusted jobseeker – isolate, blame, and stigmatise unemployed people.

They reinforce myths about “cultures of worklessness”; they obscure the realities of the UK labour market and the political choices that underpin it. The same is true of psychological prescriptions for treating unemployment…. …In the past, conditionality related to things like refusing to take a job after receiving three offers of work. This was hardly beyond criticism.

Now, the supposed absence of positive affect can trigger some form of sanction. “Lack of work experience or motivation” is one of the criteria for being sent on a Community Work Placement – six months’ unpaid community service for 30 hours a week.”  (Click here for the whole article)

The co-option of psychological treatment to push people back into work (potentially at a cost to other aspects of their mental health) is frankly abhorrent.

If you agree with me, a small thing you can do is to sign (if you haven’t already) the petition that the New Zealand Association of Psychotherapists have put together with the website Action Station see: www.actionstation.org.nz/mentalhealth

“[In the UK] Psychological coercion and manipulation are part of the day-to-day experience of claiming benefits. It is time the profession took a stand against them.”  (Click here for the whole article)