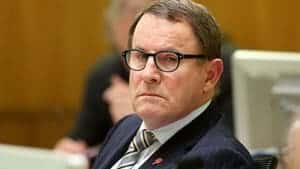 Listening to the our news media over the last few months it would be easy to think that we should all have perfect recall for our memories of past events, and that if we can’t remember things that happened eleven years ago we are as good as lying.  It’s also true that our Prime Minister (and some Ministers) seem to have great trouble remembering anything at all.

So what can we remember? What is a realistic expectation for our Members of Parliament’s memories, or our own for that matter?  Mark Sainsbury and I talked about that this week on his Radio Live show.  (Click here for audio of the interview…)

The kind of memory we’re talking about here is what psychologists call “autobiographical memory,” or the ability to remember our own past and our own actions.  We can further differentiate between “episodic” memory (I remember when…) and “semantic” memory (I know…).  Episodic memory is notoriously unreliable, except in a limited number of circumstances.

To be able to make any meaningful judgment about whether David Cunliffe should be able to recall writing a letter eleven years ago, we need to also understand the impact of “salience“, or how much does the event stick out compared to the events around it?  Is it unusual, did it have an emotional impact in some way, or was it otherwise unusual?  I would suggest writing an unremarkable letter on behalf of a constituent was not a particularly salient event, and as such makes recall from his episodic memory pretty unlikely.

I would also suggest that writing a letter for someone is much less salient than say, receiving a large cash donation from a very striking and somewhat unusual German businessman…

“He [John Banks] was asked about meeting Sky City chief executive Nigel Morrison in May 2010, where Mr Morrison told police he handed over a cheque in a Sky City envelope.
“I have no memory of this,”  Banks said.
He also told officers he had no “actual knowledge” of any donations from Dotcom, who he described as on a “different planet to him”. (Click here for the rest of the article…)

What is wrong with Mr. Banks episodic recall?  Should he be able to remember?

On one hand the human memory system is quite good at repressing overwhelmingly traumatic events, indeed PTSD is in part a problem with memory: on the other hand it is entirely possible to manipulate and in some cases create every day memories.  Mr. Dotcom seems a nice enough chap, but regardless it seems unlikely the meeting was actually traumatic for Banks.

However repression, a normal response to traumatic experience, is in fact very normal and highly effective.  Quite apart from what many people think about Freud’s theories, repression has been confirmed as a very real phenomenon, and interestingly more likely to be utilized by people with better than average “working memory” which is the ability to manipulate items in short term memory.  Like remembering a phone number, for example.  (Click here for more on this research…)

What’s also interesting is it seems every time we retrieve a memory and consciously engage with it, we alter it.  The act of recall changes the memory, and over time successive recollections can “edit” the original memory.

“What accounts for this unreliability? One factor must be that remembering is always re-remembering. If I think back to how I heard the awful news about 9/11 (climbing out of a swimming pool in Spain), I know that I am not remembering the event so much as my last act of remembering it. Like a game of Chinese whispers, any small error is likely to be propagated along the chain of remembering. The sensory impressions that I took from the event are likely to be stored quite accurately. It is the assembly – the resulting edit – that might not bear much resemblance to how things actually were.”  (Click here for the rest of this article…)

So it turns out people who are better at remembering are also better at forgetting.  And I guess if you’re good enough at lying maybe you even start to believe it your self…

When love is difficult