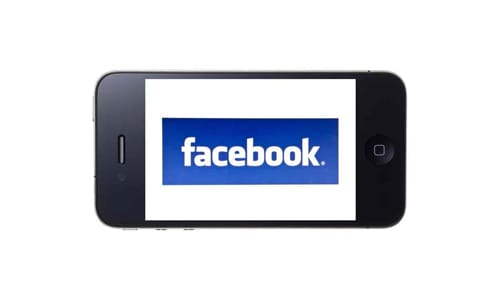 Sharing suicide videos is dangerous. Facebook has failed us by allowing it

This blog was first published in the Guardian as an opinion piece.  To see the original article click here…
Late last year an American child, not yet a teenager, killed herself. A video has surfaced online which purportedly shows the girl recording herself via life stream video doing it.
I came across the video via Facebook. Someone alerted me to it less than a week after her death. I did what any reasonable person would do: I followed Facebook’s own advice and reported it for showing graphic details of self-harm or suicide.

Less than two hours later I received a reply. It wasn’t what I expected:

“We’ve reviewed the share you reported for showing someone injuring themselves and found that it doesn’t violate our Community Standards.“
In subsequent communications, Facebook also claimed that because it is not hosting the video, it is not responsible. This is despite the fact that due to its inaction the links were widely available on Facebook for anyone to see long after I reported the problem. It has not been verified that the video is authentic but whether it is or it isn’t, the content of the video shows a child committing the most serious act of self harm and is not appropriate for public viewing.

After nearly 20 years working with suicidal people I have a particular view on whether this is something that people should be watching: we should not. What community would find this acceptable?

Before social media, we used to have a term for videos like this: snuff films.

In New Zealand, we have very clear laws around the reporting of suicide. You can’t even report that a death is a suicide without permission from the chief coroner. And even then, talking about how the person did it, or what happened is out. There’s a good reason for this.

Research shows that when suicides are reported in detail, including how the person did it, there is a sharp rise in “copycat” suicides. Vulnerable people are triggered and influenced by the gratuitous details of suicide stories. In fact, if you feel suicidal it’s not uncommon to feel compelled to watch such a video. And in doing so, drive yourself even closer to the edge.

Despite what many might think, suicidal people are not going to be “talked out of” their situation by the reality of how painful, or messy the death they choose for themselves might be. You don’t shock people out of such state; you care them out of it.

Facebook has recently made a big deal of being sensitive to, and aware of, mental health issues and the impact of graphic videos about self-harm and suicide. They even have a “Compassion Team”.
But is it compassionate to allow the sharing of a snuff video of a child’s death? If a distressed child stumbles across the video on Facebook and takes their own life, is Facebook liable?

Facebook claims to have taken the video down but it still appears on other pages. Whatever systems Facebook has in place aren’t working. They claim people need to report each and every instance of the video being shared in order for it to be taken down – but couldn’t it use its extensive resources more effectively than that? That’s why I have set up a petition with suicide prevention ambassador Mike King to call on Facebook to make the required changes urgently.

Perhaps the last word should go to her family, the people who loved her and have watched this unfold. They posted their own request, on Facebook of course, begging people to share their tribute rather than the video:

“I get the fact that people want to spread awareness about depression and I stand up for that 100{1b812f7ed7a77644fff58caf46676f6948311bf403a3d395b7a7f87010507f87} because I know how real it is, but spreading a video showing a … girl do the absolute unthinkable is not the way to do it. Please remember that we (her family) already have to live with it and having that video pop up every time we turn around is NOT what we need right now.

For those who have showed our family nothing but compassion, I would like to say THANK YOU. It is a very difficult time for us all and your support is greatly appreciated.

May you finally rest in peace.”

I assume they’re not thanking Facebook for their compassion.

So it’s up to all of us. If you think you’re helping by sharing this video, you’re not. So please if you have shared it, delete your post. And if you see a link to this video in your feed report it to Facebook.

Facebook has failed us. But we don’t have to fail each other.

How to ‘cope’ with Christmas

Why it’s so hard for people to say no