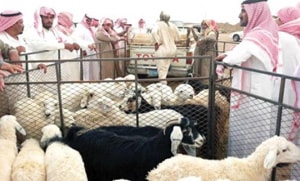 Paying hundreds of millions of dollars in bribes to secure World Cup hosting rights is clearly criminal, but I wouldn’t have thought corruption would be so hard to define.  However according to this government a pay off, or “settlement” to make sure rich Saudi businessmen don’t pursue legal action isn’t corruption, merely good business.

I think when money is involved, it’s clear cut.  But what about when it’s of the not what you know but who you know variety?  Is that corruption, or merely how the world goes round?

Many people have struggled to make sense of this weeks sudden u-turn on the funding of Relationships Aotearoa, and the seemingly shambolic way that new contracts are getting thrown around to various agencies to pick up the clients that will be left without support come tomorrow.  For example in this interview on Radio New Zealand the CEO of Lifeline NZ seemed to have only just found out that they were in line to pick up a chunk of the work.

One of the agencies that will profit the most from all of this is the national organization Barnados.  Is it just a coincidence that the Ministry of Social Development Deputy Chief Executive for Community Investment, Murray Edridge who has fronted to the media on the shut down, and is managing this fiasco, was the CEO of Barnados prior to his current role with MSD?

It’s probably also just a co-incidence that the current CEO of Barnados, Jeff Sanders, was up until 2012 CEO of Relationship Services (now Reationships Aotearoa), in fact he replaced Murray in the role at Barnados.

It would certainly be interesting to know, given the amount of rigor that is normally applied to the tendering of Government contracts, how these new contracts were allocated.  I’d love to know on what sort of terms Jeff Sanders left Relationships Aotearoa.  I’d also love to know what sort of relationship Murray and Jeff have.  Maybe they’re just both in the same soccer team.

The Language of Play