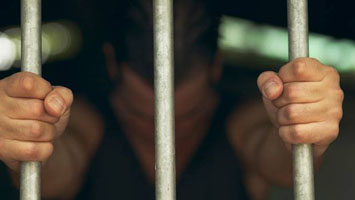 Should New Zealand prisoners be allowed to vote?

Because we call people “criminals” or “prisoners” we can deny them a vote and feel okay about it, writes Kyle MacDonald.

How would you feel if we suddenly decided to deny those with a mental health diagnosis the vote? How about people with severe alcohol or other drug addictions? People who were abused as children, should they get to vote?

Well, I’ve got some bad news for you. We already deny some of these people their democratic right, but because we call these people “criminals” or “prisoners”, we’re okay with it.

The last National Government may have taken the vote from all prisoners, but even prior to that, it was only people who were serving a sentence of three years or less that were still allowed to cast a ballot come election time.

And now, seemingly under pressure from their coalition partner – tough on crime New Zealand First – it looks like Labour is backing away from suggestions the vote should be restored for those on shorter sentences. This is despite the Supreme Court’s view the current law contravenes our own Bill of Rights.

It can be easy to take voting for granted when you’ve always had the ability to cast one – even if you choose not to. But people have fought, and died for the right to participate in democracy.

Historically it’s been discrimination that is the enemy when it comes to voting rights.

In New Zealand we have nearly 11,000 people in prison. And some estimates suggest up to 90 per cent of people convicted of a crime will have struggled at some point in their life with a diagnosable mental health disorder: this is compared to around 50 per cent for the rest of the population.

The lifetime prevalence of addictions in those convicted of a crime is about 50 per cent, much higher than the general population. And for women, the rate of Post Traumatic Stress Disorder (PTSD) in those incarcerated is about one third, a level more in line with combat veterans, and victims of violent crime.

This is the uncomfortable reality of our criminal justice system. We are encouraged to think of those convicted of crime as bad people. They need to be punished, we are told. Three strikes and you’re out.

But the reality is rarely that cut and dry. Yes people end up in prison because they break the law. But the factors that lead to that are frequently beyond individual control. And the majority of the prison muster are suffering, with multiple health problems, mental and physical, and require help from the state more than they need further punishment.

Despite the responsibility for their care being solely in the hands of the state, they are unable to have any say in electing the people that make the laws and policies that shape their day to day life: arguably to a much greater degree than those of us on the outside.

Ultimately rehabilitation is about bringing people back into society. But when we deprive people of their human rights, whatever the reason, we push them further out. And we make that human, wrong.