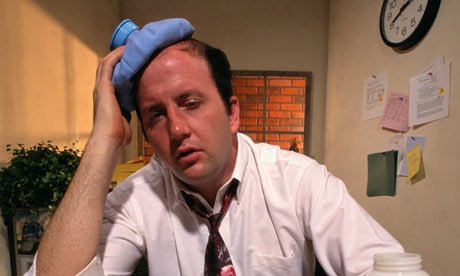 Feel free to call me a communist, but the value placed on human labour these days troubles me.  Our labour laws here in New Zealand have taken a hammering of late, from the point of view of the worker.  But it’s not just here, it’s a global shift in the west.  Wallace and I talked about this on Radio Live this week.  (Click here for a link to the audio of the interview)

If you really want to dive into it I suggest you read this fantastic piece of editorial by David Simon, one of the creators of the critically acclaimed drama “The Wire” (and my second favourite TV show; second only to the Sopranos).

This article in the Herald: “Throwing $283 million sickie” a few weeks back is a great example of how little value is placed on not only workers, but emotional health more generally.

“It’s clear that there is a perception among a number of employers that some days of paid sickness are seen as an entitlement by their staff, regardless of whether they are actually sick – in essence an addition to annual leave,” said Business NZ chief executive Phil O’Reilly.” (Click here for the whole article).

See sick leave is not “seen as” an entitlement, you are actually entitled to it.  Every organization I’ve worked for costs it out as part of the cost of employment, so taking sick leave simply costs what has already been budgeted for.

Whilst it’s true that some people will always take advantage of any system, it’s also true that the tightening up of sick leave laws in New Zealand misses that taking sick leave can be part of managing work, and emotional stress.

I’m a big believer in the “Mental Health day.”  And I also think that it should be defined more broadly than Mr. O’Reilly suggests.  Why?

Well working is stressful for most of us at times, and we all have days we ‘just’ need to rest.  Some get sick, some get exhausted, some get depressed, some burnout, but a lot of people use sick leave to manage emotional health not just physical.  And we should support it.

Paradoxically, the research actually suggested that when organizations have “unlimited” sick leave provisions,  the actual amount of sick leave used on average changes very little, and if anything it goes down.  But it improves morale and trust:

“…the management of human resources through a program of ‘unlimited’ sick leave for genuine illness, when combined with a ‘wellness’ program, has been shown to be an effective method of achieving the needs of both employers and employees.”(Click here for the whole article).

It also makes financial sense, a happier work force is a more productive workforce, and if people can stay away when they are contagiously ill, then it results in less sick leave generally.  (Click here for the whole article).  Not to mention how much stress related burnout and depression costs our economy.  But looking after our emotional health is not easily understood by ‘capitalism’, indeed it can often be dismissed as lazy.

It ends up having no dollar value, which ultimately devalues us all.

But David Simon says it best (Click here for the whole article):

“Labour doesn’t get to win all its arguments, capital doesn’t get to. But it’s in the tension, it’s in the actual fight between the two, that capitalism actually becomes functional, that it becomes something that every stratum in society has a stake in, that they all share.”

I don’t think that makes me a communist.  Just a realist.