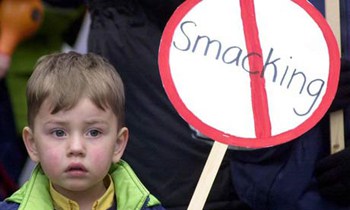 In seeking to challenge and clarify the legal interpretation of section 59, the conservative political lobby group, Family First, are once more attempting to deny the very real psychological impact of physical discipline on our children.

“It’s a shame Family First have to put such a spin on this issue as it leaves little room for reasoned debate and a consideration of the fairly overwhelming empirical science in the area” says New Zealand Association of Psychotherapists Public Issues spokesperson, Kyle MacDonald. “It’s not a question of whether parents who use physical discipline are good parents, but whether smacking kids is good parenting: in other words does it work and does it have any harmful consequences?”

On this, the research is clear, and getting clearer. Studies have looked at the effect of physical discipline on short term compliance, long term compliance and its affects on aggression.  There is evidence that smacking has a small effect on short term compliance, however non-smacking alternatives like “time outs” work at least as well, if not better.  However this comes at quite a cost, in short, smacking makes kids worse behaved over time and more likely to see physical violence and aggression as a way to solve their own interpersonal problems.

The research is also clear that even ‘light’ smacking has been associated with increases in child aggression, delinquent and antisocial behavior, and increased aggression as an adult. It is also linked with a decreased quality of relationship between parent and child, decreased child mental health and worse mental health outcomes as an adult. It can even negatively impact school performance.

“The research shows that even so called light smacking can, and does, have lasting consequences” says Kyle MacDonald. “To “decriminalise” the use of physical discipline creates a legal and cultural sanction for a parenting strategy that we know creates harm. That’s not only bad parenting, but bad policy.”