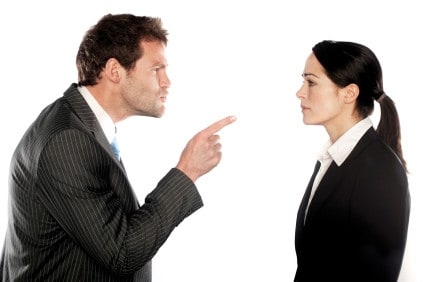 We’ve all heard of, seen and maybe experienced being bullied as kids.  But it is now well recognized that bullying happens no matter how old you are, and the most common place to experience bullying as an adult: the workplace.

Wallace and I talked about adult bullying this week, Sunday morning on Radio Live, how to spot it and what to do about it.  (Click here to listen to the interview…)

The picture in New Zealand is frankly a little scary.  “A 2011 survey of more than 7,000 female Public Service Association members found that 43 per cent had felt bullied in their current workplace at some point.” (Click here for the whole article and here for the original research report)

The same research also outlines the most common forms this bullying takes:

And the effects can also be severe.  Some studies have shown that as high as 1 in 10 people who experience workplace bullying display symptoms of Post Traumatic Stress Disorder (PTSD).  Sticks and stones may break bones, but words most certainly will hurt even more.

However when we think about adult bullying, we aren’t just limited to workplaces and the stereotype of an overbearing manager making an employee’s life hell.  Bullying occurs anywhere there are groups of people.  Sports teams, volunteer organizations, community groups and families.  Frequently we aren’t used to thinking about bad behavior as bullying, it often just gets dismissed as someone being difficult, or worse we see those effected and think they should just toughen up.

So what’s really going on when someone’s bullying or being “impossible?”

The pattern of behavior that is common with adult bullies is what psychiatry refers to as “narcissism“.  While most people think of this as an excess of self love, as defined in the myth of Narcissus that led Freud to coin the term, there is more to it than that.

The relevant feature when it comes to bullying is diminished (or absent) empathy for the other person.  And this is the key feature of what is defined as  the exploitative or entitled narcissist.  There are the people that seem to act is if the world owes them a favor, are more likely to take advantage of a situation or rip someone off and not experience guilt, and more likely to put others down or need things to go there way all the time.

There are some gender differences, females with this make up tend to be more charming and harder to pick, and men tend to be a bit more domineering, but a lot of this is down to cultural models of what is acceptable behavior for men and women in our society.

As an approach to the world, it can be quite successful, especially in certain career paths like the corporate world or the legal profession.  It’s also true that entitled narcissists will crave success, and ways of displaying to the world how successful they are like big expensive cars, flashy houses.  They will also often end up in positions of relative power, with the responsibility for managing employees or groups of people.

If you’ve ever found yourself yelling (or wanting to yell) “IT”S NOT ALL ABOUT YOU…” chances are you’re dealing with an entitled narcissist.

So what should you do if you’re struggling with someone who is entitled and bullying?

“If you are neutral in situations of injustice, you have chosen the side of the oppressor. If an elephant has its foot on the tail of a mouse, and you say that you are neutral, the mouse will not appreciate your neutrality.”
― Desmond Tutu