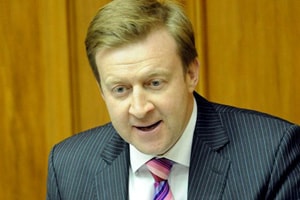 The Cost of Caring

Apparently mental health consumers aren’t motivated enough to get back to work, but worry not, private investment funds and profit driven goals are just the stick the chronically lazy nutters need to get them back to the minimum wage grind.

The Government this weekend announced (in a fevered moment of neo-liberal euphoria) that they would be widening the scheme piloted within WINZ to allow for private investment in mental health care.

Early concerns have of course focused on the obvious negative effects such schemes can (and already have) had in creating “perverse incentives.”   In essence there is a high risk for abuse when you shift the goal away from achieving health outcomes, to achieving economic outcomes, for vulnerable people.

There are three obvious problems:

But apart from the practical problems, there are aspects of the underlying philosophy that once you start to think about it, are deeply offensive.  The idea that “work is the definition of health” is one we are familiar with from this governments approach to beneficiaries, and one I have talked about in detail before (see: Back to Work), but in addition to this, utilizing incentives to get mental health consumers back to work of course implies that they need an incentive.

It frames mental health, and it’s associated difficulties, as behavioural and in doing so further stigmatises consumers.

And as we have already seen with WINZ, the approach of putting more pressure on people to achieve “desired outcomes” creates a negative spiral where consumers end up feeling bullied and frightened, and therefore less likely to engage in help.

But by far the biggest concern is that this is the beginning of a long term plan to “privatise by stealth.”  This is being sold as an investment opportunity, because the Government is selling off, contracted chunk by contracted chunk, our publicly funded social support services.

But if you believe the rhetoric, as a nation we simply can’t afford to care anymore.

Psychotherapists and campaigners team up