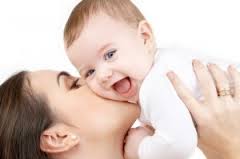 The cost of love

Human infants are difficult.  It’s a a wonder anyone puts up with them.  But they do, and apart from all the genetic evolutionary arguments, why do we do so?  What is the mechanism of evolution that enables people to put up with it all?  Simply put of course it’s love, or what developmental science has come to call “attachment.”  Mark Sainsbury and I talked about attachment this week on his Radio Live show on Sunday morning. (Click here for audio of the interview)

Simply put attachment is the bond that develops between initially mother and infant, and ideally not long after father and infant, that makes all parents of young children seem like love struck idiots to the uninitiated.  Biologically that bond ensures the survival of our species, as infant humans are absolutely useless and require someone to be absolutely besotted with them, just for basic survival.

But love also helps shape our emotional and relational futures.

“Love literally creates the neural pathways responsible for happiness, calmness, closeness, co-operation, self-regulation. In particular, the second six months of life, known as the “bonding window” to psychologists, are critical to the child’s future ability to sustain relation­ships.” (Click here for the whole article)

All seems common sense enough right?  But so many of our parenting and social practices in recent modern history have gone against this simple wisdom that science, more specifically psychology, has had to prove it and confirm that very small children need to simply be loved and adored by their parents to secure their future psychological health.

The first to empirically prove it is a name anyone who has ever studied basic psychology will recognise, John Bowlby.  Bowlby was a psychologist who studied the effects of maternal deprivation in post war Europe, as a Mental Health Consultant to the World Health Organization.  And in studying maternal deprivation and separation, he developed the theory that the relationship between mother and infant was critical to future emotional health and well being of the infant.  And many of the core tenants of this theory are still very much accepted, including that…

“The formation of emotional attachments contributes to the foundation of later emotional and personality development, and the type of behaviour toward familiar adults shown by toddlers has some continuity with the social behaviours they will show later in life…. …Events that interfere with attachment, such as abrupt separation of the toddler from familiar people or the significant inability of carers to be sensitive, responsive or consistent in their interactions, have short-term and possible long-term negative impacts on the child’s emotional and cognitive life.”  (Click here for the whole article)

So back to the question of my last blog, can love cure us of our anxieties?  Well it depends on what love has meant to you.  Because while we have in our culture a very fixed, romantic view of what love should be, love is simply what we have known it to be, in our experience.

For about two thirds of people, who can be classified as “securely attached” that is going to go largely well.

For the other third, the “insecurely attached” that territory can be a little harder to navigate.  I’m going to go into more depth in my next blog and interview about “insecure attachment patterns”, but one of the research results that really fascinates me is that some studies are starting to show links between early insecure attachment and adult long term physical health outcomes.

So it’s hard not to support the recent government initiative to increase paid parental leave by four weeks by 2016.  But it’s also true that it is still far to little.  When you look at the international comparisons (click here) we’re still down the low end, with the most being awarded by the Scandinavian countries and the UK, all around a year, albeit with varying levels of payout.

The science tells us that  any money spent to ensure that the early years of a child’s life are as secure and predictable as possible, increases their chances of an emotionally and physically healthy life.  And from an economic perspective it saves us all money in health and welfare costs, in the long term.

Who knew love was so political?

For more on this topic, resources and training see the website of the excellent New Zealand non-profit “The Brainwave Trust”: http://www.brainwave.org.nz/