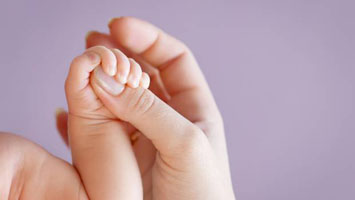 If the bond between mother and baby is damaged or absent, then the life-long impact can be profound and ongoing, writes Kyle MacDonald.

Traditional psychotherapy has always understood the importance of the early bond between mother and infant, and while the elevation of mothers’ importance has often lead to the claim that psychoanalysis considers “everything to be the mother’s fault”, quite the opposite is true: that early bond is held as sacrosanct, and vital to our ongoing wellbeing and emotional health.

Throughout the second half of the 20th Century modern attachment research refined this understanding, and helped define the sorts of difficulties that can arise when there are disruptions in that early bond – disruptions frequently beyond the mothers control. These include post natal depression, traumatic births, lack of support for mothers and very premature births where medical care take precedence over bonding, and the physical touch needed to acquire that vital bond.

Recently a study of the outcomes of more than 4 million people has confirmed the impact of being born very prematurely, or very underweight – both of which require the infant be managed medically, often in isolation. The striking result is that very premature infants are 3.2 times less likely to ever have sexual relationships as adults, when compared to their full term peers.

But this is not just about a lack of sex. More generally a lack of close intimate relationships is correlated with worse physical health, a lower sense of wellbeing, and worse mental health.

While sad, from the point of view of psychotherapy, this makes complete sense. The early foundation stones of intimacy are laid in those first interactions outside the womb. And if the bond between mother and baby is damaged or absent, then the life-long impact can be profound and ongoing. Like anything with human beings and mental health, it’s not guaranteed and later relationships can allow people to make up the lost ground, but it is a very significant risk factor.

Which is why ripping babies off their mothers to protect them really should be an absolute matter of last resort – not a given – even if there is a history of abuse.

Yes, Oranga Tamariki do an incredibly hard job, with a heartbreaking array of children and families in awful situations, but how we respond to a mother and her new born baby needs to be informed by the importance of that early maternal bond – and support mothers, not blame them.

Because first do no harm. And while there may always be extreme situations where babies need to be removed from their mothers for their own safety, fracturing that bond can cause such deep and lasting harm that we run the risk of perpetrating – as a state and a society – the very harm and abuse we are seeking to end.

The Nutters Club: Dave & Dale Gould – The power of gratitude in difficult times

Why do some people have multiple partners?