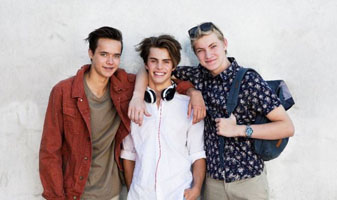 The problem with Jordan Peterson’s advice for young men

I have no doubt Jordan Peterson is an excellent behavioural therapist, especially for what appears to be his core audience: young men in their early twenties struggling to make it in the world. Feeling lost, disillusioned, without meaning.

He provides a sort of map, of how to stand up straight, how to understand the world, how to (in his oft repeated parlance) “get your act together”. Tidy your room. Take small steps. Get incrementally better. Find meaning. Aim high. Tell the truth and speak your truth.

All well and good – at an individual level.

But after reading his recent book “12 Rules for Life” (despite his claim “none” of his critics ever read it) and hearing him speak to a sold out town hall in Auckland on Monday night, something became clear to me: While his ideas may help some at an individual level, his thinking – no matter how eruditely he lays it out – falls apart when you take it to the level of society.

In his view, it’s all about the individual. He outright rejects group identity and sees “identity politics” as not only revolutionary but dangerous, even evil. He accepts without question the existence of hierarchies in society and sees the consideration of power as irrelevant. They – hierarchies – just are, because “lobsters”. (Peterson argues hierarchies are an ancient aspect of nature, and uses lobsters as an example of this). They have always been and therefore always will be: deal with it.

The political left – in his words – “is necessary to reign in the worst excesses of the right,” but he ridicules the idea of compassion for people, beyond family, as the left merely confusing compassion with a virtue. This is problematic, according to Peterson, because it prevents making accurate and necessary, differential decisions about people: again, hierarchies.

It is this immutability of hierarchies and the trumpeting of individual differences in personality, abilities and IQ as fixed and inevitable – especially when it comes to gender and race – that provides an intellectual springboard for the incendiary rhetoric of new conservative movements, including the alt-right and their deeply divisive politics of hate.

This is despite the dearth of evidence that differences in IQ and personality traits, between gender and race are questionable at best. IQ as a construct has a very problematic history of being culturally blind.

He may not explicitly support the rise of ultra-conservative ideologies, and in fact when asked he will deny it, but he certainly has no hesitation in attacking “Social Justice Warriors”, feminists and those who seek to champion the plight of those directly affected by such bigotry.

I see Peterson’s world as a philosophy of “I”, not “we”. A world of authority, not collaboration. A world of maintaining the status quo, and defending it as the only way. Not challenging it, and certainly not changing it.

But it is also a world seemingly blind to the harm that these structures cause.

Young men in particular may feel they have found a champion in Peterson. And if his book is read as only a self-help book, and it does some good, then so be it.

In my opinion, ultimately, he is a “champion” who derides compassion, attacks feminists and refuses to listen to the voices of the oppressed.

I believe we need to stop listening to Peterson, and start listening more to those he holds in thrall. Because it is true that many people, including young men, have lost their way. They have lost their purpose and their sense of meaning in our modern world.

But we don’t have to encourage them to find their way at the expense of others. That’s not aiming up. It’s punching down.

The Nutters Club: Vowing to choose life when I wanted to die

The Nutters Club: The earthquake of grief: losing a father to suicide