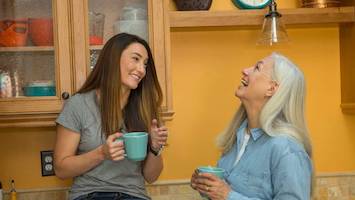 The psychology of boomer-millennial warfare

I was born in 1975, which means I’m sandwiched right in between gen x and millennials. Some have even suggested that those born from the mid to late seventies through to the early eighties are a particular micro-generation – namely “xennials”, defined as having had an analog childhood and a digital adulthood.

After leaving university and then returning after a couple of years, I re-joined squarely on the millennial side, and perhaps as a result have always hated the ways in which contemporary commentariat and culture pieces seek to put Millennials down .

The concept of generations can be a bit “pop-psychology”, although they do help us understand general differences. It does, however, seem the current obsession with “generational warfare” is perhaps less helpful.

Is it wrong then that Green MP Chloe Swarbrick’s “OK, Boomer” retort made me smile, and even more so the righteous indignation of those who took offence?

There are multiple generational problems that as a country we need to talk about, concentration of wealth in the boomer generation being the main economic issue.

But from a psychological point of view there is a very particular cognitive distortion that takes place. While more common in boomers, it appears in different ways across generations.

It is that your success, and especially the success some claim in real estate, is due entirely to your own graft.

The Herald and other media outlets regularly run stories – I assume meant to be inspirational – of individuals who worked 30 hours a day, eight days a week to save the deposit for their first investment property, and are now worth millions of dollars. They are stories of hard work, and presented as templates others can presumably follow.

Except the narrative, and indeed the egos of many of the individuals involved, don’t allow for the biggest factor in their success to be named: luck.

Luck of birth, luck of privilege in terms of ethnicity, gender and education, parental help with deposits, not to mention good timing, that many people have benefited from a largely unregulated (and largely untaxed) property market.

All of these factors have meant that for those prepared to take a punt, success was theirs. But the very human affliction of ego – supported by the capitalist myth of individual hard work being the key to success – leads to some of the more common intergenerational tensions.

For example, that millennials (and generation z) are just afraid of hard work. That suggestion is simply generational empathy failure, and deserves an “OK, Boomer”.

Because the problem with the myth of individualised success is that it leads to less generosity. It reinforces ideas about individual talent being linked to success, and of course the ugly inverse: that if you are poor, or unsuccessful, then you simply don’t work hard enough.

Furthermore, if you’re young and are deeply concerned about the state of the world, you’re just whinging and need to work harder.

For me, “OK, Boomer” speaks directly – and sarcastically – to this myth.

The truth is the times of easy gains from property – at least in New Zealand – have largely passed. Housing has simply become unaffordable in many main centres. The need to share the resources we do have more fairly, as we grapple with the natural limits of our environment, has become more pressing.

And this is understandably fought more by those who have more to lose. But they need to see it’s also true, they have more to give.

Is that OK, Boomers?

The most awful game of rugby ever

The Nutters Club: Chris Skellett: The importance of trust in mental health and what to do when it’s lost