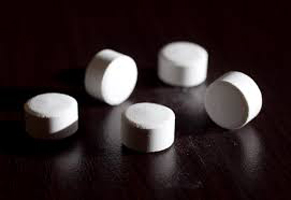 The real problem with illicit drug use

Before we go any further let’s get really clear on something: The safest form of drug use is no use – and that includes alcohol too, writes Kyle MacDonald.

Did you know that ecstasy, or MDMA is safer than horse riding?

That was the (entirely accurate) claim that led neuropharmacologist and drug expert David Nutt to be fired from his role as chair of the UK Advisory Council on the Misuse of Drugs.

For simply doing his job.

Why? Because people don’t want to hear it. Wilful ignorance in favour of emotive reactions continues to be the preferred approach to issues related to illegal drugs. We’ve seen clear evidence of this once more here in New Zealand in response to drug testing at festivals.

But what makes ecstasy use unsafe is when you take something you think is MDMA, and it isn’t. Pure MDMA is actually safer than alcohol, tobacco, cannabis and most all other recreational drugs.

Largely because of prohibition and illegal manufacturing, many of the pills sold as MDMA aren’t actually MDMA. They can contain other substances like PMA, PMMA, ketamine and/ or amphetamines. PMA and PMMA are particularly dangerous and are best avoided altogether.

If only there was a way of knowing what the pill you purchased is, before you consume it?

Of course with some drugs we can know this by right. For example, because alcohol is legal – and regulated – we have strict guidelines about it’s manufacture, sale and labelling.

But the hysteria around this issue has meant that members of the media – and some politicians – talk about “DRUGS” like we can lump them all in together as one bad, scary boogieman that we have to eliminate from the face of the earth.

It seems to me that some, like Mike Hosking, would also rather young people didn’t know what drugs they’re consuming, in the vain hope the fear might scare them off using. And that we should also arrest the problem into non-existence – somehow – by getting TOUGHER ON DRUGS.

And worse, some like New Zealand First MP Darroch Ball, would rather use the opportunity to drum up votes by blocking drug testing – even if that potentially costs young people their lives.

Such is the brain washing and mis-information that we have all been subjected to as part of the failed “War on Drugs” that many simply refuse to believe MDMA is a relatively low risk drug.

But this very fact is part of what makes drug testing so vital.

Because – like Mike Hosking – as a parent I want my children to be safe and there is no question I’d rather they didn’t use drugs at all. But if they do choose to use MDMA, I’d want them to make damn sure that is what they are actually taking.

That’s not giving permission for young people to use drugs. It’s recognising young people take risks and we should do everything we can to make sure they don’t die taking those risks.

Having the ability to do that and choosing to block it, that’s the real crime.