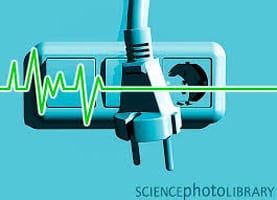 The right to live

Recently euthanasia has been topical in New Zealand, with the the late Lecretia Seales arguing for her right to take her own life on her terms, and the subsequent parliamentry enquiry into New Zealand’s euthanasia laws.

Meanwhile Belgium and the Netherlands (where euthanasia has been legal since 2002 in both countries) have been in the news due to the increasing number of people who have been choosing to end their life, despite not suffering from any terminal illness, but instead suffering from a psychiatric condition.

Jessica Williams (standing in for Mark Sainsbury) and I talked about the moral and ethical implications on Radio Live this Sunday.  (Click here to listen to the interview)

There are some key differences in the laws in these countries, as opposed to what is the case in other countries where euthanasia is legal.  In both Belgium and the Netherlands the procedure is carried out by doctors, whereas in many other countries doctors provide the means, but it is the person themselves that must carry out the actual act of suicide.

The law in both countries also allows for physician assisted suicide in cases of “unbearable suffering” but where the condition is not necessarily terminal.  And this has over time been expanded in interpretation to include “mental anguish” and therefore people with a psychiatric illness, and in some more rare cases those who are simply “sick of living.”

There is little question that not only are the number of people in Belgium and the Netherlands who are choosing to euthnasia growing overall, but so is the percentages who are not “terminal ” in the medical sense.  “Last year, thirteen per cent of the Belgians who were euthanized did not have a terminal condition, and roughly three per cent suffered from psychiatric disorders.”  (Click here for the whole article)

On the other hand, “The suicide rate in Belgium (excluding cases of euthanasia) is the second-highest in Western Europe…” (Click here for the whole article) and the Belgians have a reputation for being a somewhat emotionally repressive culture, more inclined to bottle things up than express them.

Personally I found all of this shocking, and yet there are many that might argue that it is in fact, humane.  As the law stands euthanasia is to be utilized to relieve suffering and to respect the autonomy and free will of the individual to make their own choices about life and their own death.  There is a history in Belgium in particular of secular humanism, and a strong philosophical belief in individual freedom above all else, and in many ways this interpretation and implementation of the law is the logical end point of this.

But all of this seems almost impossible to understand on the back of International Suicide Prevention week.

I’m a supporter of the more traditional, narrow definition of euthanasia: where someone is clearly on deaths door and wishes to make a choice for the pain to stop, and when (not if) they are going to die.  But when a wish to die is a symptom of psychiatric distress, it seems simply negligent to decide that those suffering in this manner can be supported to die.  What also seems strange is the degree of cultural comfort with these deaths in Belgium in particular.  Critics (although a minority) believe…

“There’s a great difference between helping people who are already dying and helping people to die,” he [Dr. Casteur] told me. He didn’t understand why physicians were framing the latter as a patient’s right. “My colleagues are so against paternalism that they say, ‘You want to die? O.K., I’ll kill you.’ ”  (Click here to see the whole article)

And whilst it may be philosophically possible to argue that people have a right to choose the method of their death, it is my view that actually those who are too distressed to live need protecting from themselves: not help to carry out their wishes.

It’s not a question of who has a right to die, more that we all have a right to live.