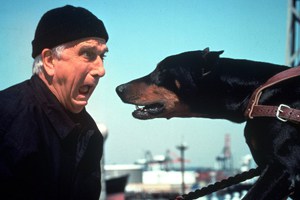 The Smell of Fear

We’ve always been told that dogs can smell fear, but science now suggests that humans can as well, it’s just that we’re not consciously aware of it.  Mark and I discussed this research and some of its implications this week on his Radio Live Sunday morning show.  (Click here to listen to the interview)

The experiment was quite ingenious, albeit slightly gross.  Collect sweat from the armpits, via absorbent pads, of novice (first time) skydivers and expose people in brain scanners to the sweat via a vaporizer.  They compared the results to exposing the same people to non-fearful sweat, collected from the same “skydivers” running on a treadmill. (I told you it was kind of gross.)

They found that two important things happened.  Firstly people were unable to consciously tell the difference between the two sweat samples; and secondly more than half of the participants fear centers, specifically the amygdala and hypothalamus, became more active when they were exposed to the “fearful” sweat samples.

Interesting result, and importantly the first time anyone has shown that humans beings can actually detect and be influenced by pheromones.  However we don’t really understand how, as the biological part of the nasal passages that detect pheromones in other species (the “vomeronasal organ”) is literally disconnected in humans.  It’s also important because it provides an additional mechanism to explain crowd and group behaviours, and perhaps some day to day anxieties too.  But it gets more complicated, the results are unclear as to whether the people whose fear centers lit up actually felt scared.

“These studies have some big problems. Sweat born from emotion does seem to have a different smell than sweat from exercise. But that doesn’t tell us whether fear-related sweat works differently from, say, happiness-related sweat or the sweat that comes from sexual arousal. “We’re using very crude techniques to study this,” says Denise Chen, a pioneer in this field at the Baylor College of Medicine. Among the limitations of the work is the fact that emotions can be hard to regulate in the lab. “It’s very easy to scare people,” she says, “but it’s not so easy to make them happy.” (Click here for the whole article)

That’s the thing with science of course, it’s hard to know for sure.  It seems most likely that at the very least this response primes other people to feel afraid, and in doing so amplifies any external trigger that may be occurring.  It seems very unlikely that these pheromones could trigger fear in the absence of a fearful stimuli.

However it is one of those results that just feels right, I don’t think there is any doubt that we all influence each other in ways we are only just beginning to comprehend.  And maybe even more so when we’re afraid, and sweaty.