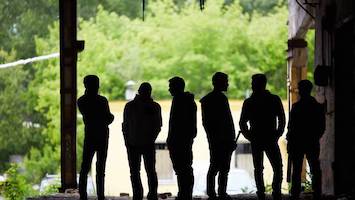 The trouble with ‘harassing gangs out of existence’

When National propose “harassing gangs out of existence” we reinforce the very split that creates gangs and criminal lifestyles, writes Kyle MacDonald.

As we head into another election year – with the regularity of clock work – the “tough on crime” rhetoric starts again. Why? Fear, without question, is a powerful motivator, and politicians understand this.

Even when their promises stand in stark contradiction to the facts – and the law.

Psychiatry traditionally describes criminal behaviour in terms of being “anti-social”. It recognises that trauma, neglect, along with experiences of – and exposure to – violence and criminal behaviour are key to developing a view of the world where people feel outside (anti) the mainstream (social) world.

Gangs, in many ways, are the most extreme expression of this outside-ness. A world of alternative rules and belonging: a law unto themselves.

Prisons represent the very real experience of being thrown out of society and, perhaps not surprisingly, where many people start their gang career, especially for young offenders.

But what may be surprising is that New Zealand has one of the highest rates of incarceration in the OECD. Our prison muster has been steadily growing, at the same time as our levels of violent crime have been steadily decreasing.

There is now less to be afraid of, not more. Yet we continue to do the opposite of what works, the tough on crime approach does appeal because people want to “feel safe”.

But it also entrenches the very problems we need to solve to actually be safer.

When National propose “harassing gangs out of existence” we reinforce the very split that creates gangs and criminal lifestyles: we make those who already feel marginalised, on the outside (anti-society) even more outside, and give people even less reason to find a path back to being part of mainstream society.

This is not some lefty, bleeding heart opinion, this is the view of the previous Prime Minister’s Chief Science Advisor, Professor Sir Peter Gluckman, and largely reinforced by the Safe and Effective Justice Advisory Group – chaired by ex National MP (and decorated retired Police Officer), Chester Borrows.

All of this is also why voting rights matter so much.

Quite apart from the fact that the New Zealand Supreme Court has ruled that removing prisoners vote is illegal, and contravenes basic human rights treaties to which New Zealand is party to, it also reinforces the idea that if you offend, you are no longer part of society.

We need to talk more about what the evidence actually says, and how to use that to respond in meaningful ways not just to reduce crime, but to rehabilitate convicted offenders and invite people back into society.

Simon Bridges would have you believe that this is all simply being “soft on crime”. But we need to stop talking about being “tough on crime.” We need to start being” smart on crime.

The Cafe: What Men Really Want For Christmas