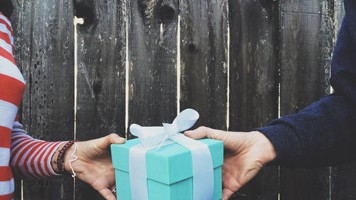 The true spirit of Christmas

The history of modern advertising has its roots in the propaganda of Nazi Germany, and its ability to influence people en masse by manipulating powerful basic human emotions.

Fast forward to 2017, and much the same techniques now sell us a whole bunch of things we don’t need. Because we can be convinced that to own “that thing” we think will make us feel good, we believe it will solve that nagging lack we feel.

We are slaves to our own collective insecurities.

Christmas has been ruthlessly exploited for the same reason everything gets exploited these days. Profit.

We have been sold our greed. Packaged up, beautifully wrapped with a bow on top. Greed has become the reason for the season, and I hate it.

But it’s not just Christmas – reflecting on this year it seems like story after story of how we have lost our collective generosity, whether it be to those less fortunate, those who struggle, other cultures, women, children, refugees, immigrants or even the planet itself.

Can Christmas still be a time where we at least try to value generosity over greed, love for our fellow human, take time to be with those we love? I hope so.

Because greed is killing us. In every society around the world where inequality grows, the health of all its citizens gets worse, specifically, more people die from preventable health problems and suicide.

We are being sold a lie – a selfish, fatal, lie.

The opposite of greed – generosity – isn’t just about buying your children a nice present, or participating in the office (or Twitter) Secret Santa. Generosity is, for me, the true heart of Christmas and it might still be able to save us.

Because for things to get better for the planet, for the human race, for our little country, for your family and your loved ones, we all need to be prepared to give more and expect less.

The madness of our constant, insatiable, never-ending consumption has to stop, but it will only stop if we all are prepared to let go, to change, to want less.

But if you need a selfish reason, giving is also good for the giver. Time after time we see that people who are more generous report higher levels of life satisfaction, and lower levels of depression and anxiety.

However we need to be able to see that not taking is – in itself – an act of generosity.

Imagine if every time we said no to a plastic bag, decided to leave the car at home, to spend time with our family rather than work, we allowed ourselves to feel we were giving.

Imagine if we felt the same flush of pride at paying our taxes as we did when we choose to give to charity.

If we can redefine generosity as not giving more, but taking and needing less, then not only will we have found a way to the true spirit of Christmas, but we may also have given ourselves the gift of our collective future.